Why are Formal and Informal Proposals Written ?

Proposals can vary widely in terms of their complexity and formality and thus in terms of the cost of creating and evaluating them. In order to create a win-win situation it is important that the two groups involved in the process (those issuing the proposal and the respondents or bidders) keep each other's perspectives, needs, requirements, and costs in mind.

On the other hand, requesting overly simplistic proposals can also lead to a lose situation, wherein both groups spend too much time clarifying information. A lose situation can also result when you don't request sufficient information, when you receive inadequate proposals, and when you have to redid the project.

Table illustrates that the range and degree of formality is partially a function of whether proposals are solicited or unsolicited and/or internal or external to a company or group.

In some scenarios (for example, in the defense industry), RFPs and proposals are extremely complex and are evaluated in great detail. And seemingly minor points of noncompliance can lead to the rejection of proposals that have taken months to develop. In other business settings, proposals and the resulting "contracts" are simply memos within and among businesses or groups in a company.

One of the simplest, yet potentially problematic, scenarios occurs when proposals are requested and developed during informal conversations with little or no documentation. Such undocumented agreements and informal contracts can lead to honest misunderstandings, fraud, litigation, and project failures. If an agreement is important, get it in writing, and iron out problems before a crisis occurs.

THE DEGREE OF FORMALITY OF SOLICITED/ UNSOLICITED, INTERNAL/EXTERNAL PROPOSALS

A good proposal is actually a mirror image of what is included within an RFP, a request for quote (RFQ), or a request for bid (RFB). If RFPs are poorly written, you will waste time evaluating, rebinding, and negotiating the contract. Putting together a good team, one with the appropriate technical expertise and writing skills, to write critical RFPs and proposals can often save significant time and money. Unsolicited proposals are a hard sell; they have to be very persuasive to work. 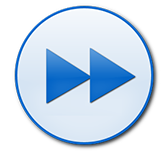