Metasplit can be easily installed as a separate tool on systems which run on Linux, Windows or Mac OS X.

To install Metasploit some of the hardware required are −

Matasploit can be used either with command prompt or with Web UI.

To open in Kali, go to Applications → Exploitation Tools → metasploit. 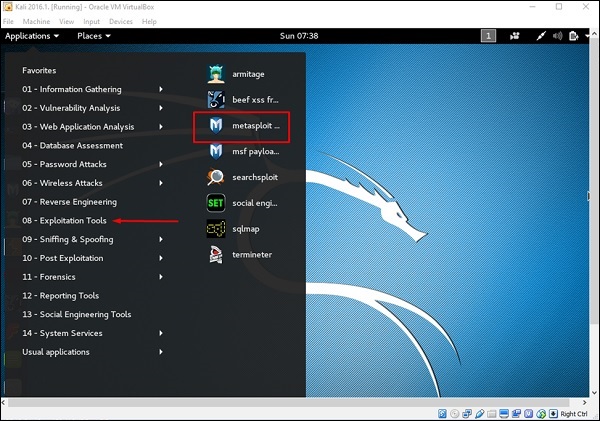 After Metasploit starts, the screen appears as follows, red underline highlighted is the version of Metasploit. 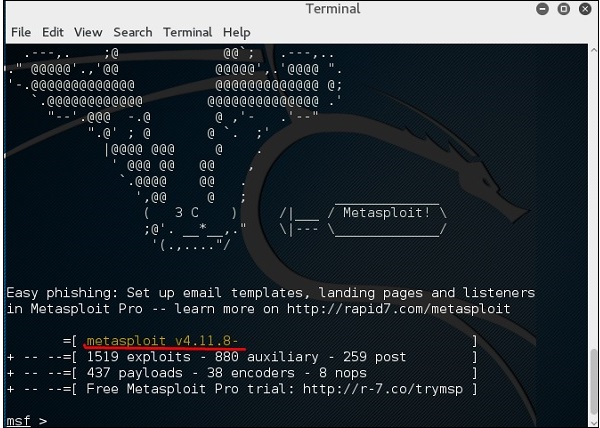 What are the Exploits of Metasploit?

From Vulnerability Scanner, it is identified that the machine used of testing is vulnerable to FTP service. To use the exploit that works, the command is:

The screen appears as -

Then type mfs> show options to check for the parameters to be set to make functional. RHOST is set as the “target IP”. 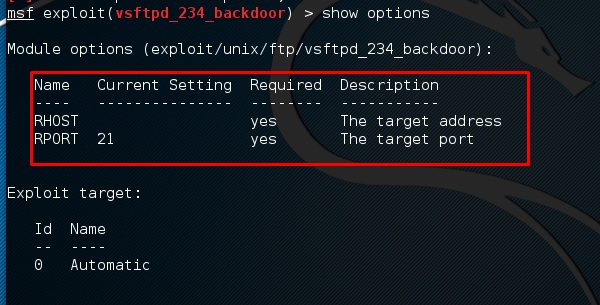 Then, type mfs>run. If the exploit is successful, then it will open one session that can be interacted with, as shown in the following screenshot.

What is Metasploit Payloads?

The scripts that hackers use to interact with hacked system are payloads. Payloads are used by hackers to transfer data to a victim system.

Metasploit payloads can be of three types −

The command used to set the payload desired is:

Type “exploit”. A session as shown below is created−

Now one can play with the system according to the settings that this payload offers. 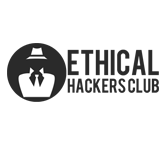