The next major shift during the late 1980s and early 1990s was that the time to market was getting increasingly shorter.The first to market with a product made the most long term profit.Lead-times expected by the market continued to shorten and customers were no longer satisfied with the service level that was considered world class only a few years earlier.Customers were demanding to have their products delivered when,where,and how they wanted them.Companies began to develop and embrace the philosophies of Just in Time (JIT) and supplier partnerships as a way to remain competitive.It was no longer possible to remain competitive by focusing only within the four walls.The JIT crusade brought the importance of reliable suppliers to focus.During the same time frame the cost of goods sold was shifting drastically from labor to purchased materials.The Association for Manufacturing Excellence(AME)was formed to address the need for the development of new tools and techniques.APICS shifted from the MRP crusade to the zero inventory crusade.

To bring some perspective to this shift,during the 1940s and 1950s it was not uncommon for a company to have 40 to 60% of the cost of goods sold contributed by labor costs.Given this fact,it was no wonder companies automated and focused on the productivity of labor.Labor was the driving force for profitability.This was the major focus of the planning systems—get the material to the operation and never allow that operation to run out of work.It was better to have extra inventory than allow the operation to run out of work.

Beginning in the 1990s the focus shifted to material becoming the driving force for profitability. Many companies found that material had grown to 60 to 70% of their cost of goods sold while the labor cost declined to 10 to 20%.Major improvement in labor productivity only yielded small improvement in the overall company’s profits.To improve the overall financial performance of the enterprise,the focus of the planning system logically shifted to effectively planning material and optimizing material utilization. Investment in improvements in material utilization could result in big returns. Carrying extra inventory was no longer a competitive business practice.

At the same time,the response lead-times expected by the market continued to shorten and customers were no longer satisfied with the service level that was considered world class only a few years earlier. As previously stated, customers were making more demands on their ordered products.Companies began to develop and embrace the JIT and supplier partnerships as a way to remain competitive.JIT evolved to Lean Manufacturing and combined the concepts of JIT with quality concepts like Total Quality Management, Six Sigma,and 5S. Competitiveness and profitability was now something that not only the production department focused upon,but the whole enterprise had to focus on this goal.Bringing sharp focus to this holistic approach was the first book by Dr.Eli Goldratt,The Goal.Rather than focusing on those things that traditionally were thought to have value,Dr.Goldratt brought attention to the fact that everything has to be focused on the goal of the company, making money now and into the future.All enterprise resources had to be aligned to those goals and integrated in their approach to reach the corporate objectives.No longer could departments launch things over the wall to the next department.Integrated resource management was the focus for a competitive company. 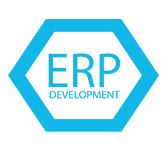 The Theory Of Constraints And Erp

Integrating The Supply Chain To Reap The Rewards