After completing this inventory, you need to review that information in conjunction with your project goals to determine what changes are required so that you can successfully deliver the deployment.

The following common network infrastructure components have a direct impact upon the success of your deployment:

Routers connect networks of your infrastructure, enabling systems to communicate.

You need to ensure that the routers have spare capacity after the deployment to cope with projected growth and usage.

In a similar vein, switches connect systems within a network. Routers or switches running at capacity tend to induce escalating bottlenecks, which result in significantly longer times for clients to submit messages to servers on different networks. In such cases, the lack of foresight or expenditure to upgrade the router or switch could have a personnel productivity impact far greater than the cost.

Firewalls sit between a router and application servers to provide access control.

Router configurations add to the collective firewall capability by screening the data presented to the firewall. Router configurations can potentially block undesired services (such as NFS, NIS, and so forth) and use packet-level filtering to block traffic from untrusted hosts or networks.

In addition, when installing a Sun server in an environment that is exposed to the Internet, or any untrusted network, reduce the Solaris software installation to the minimum number of packages necessary to support the applications to be hosted. Achieving minimization in services, libraries, and applications helps increase security by reducing the number of subsystems that must be maintained. The Solaris™ Security Toolkit provides a flexible and extensible mechanism to minimize, harden, and secure Solaris systems.

Understanding the data requirements of the storage system is necessary for a successful deployment. Increasingly, SANs are being deployed so that the storage is independent of the servers used in conjunction with it. Deploying SANs can represent a decrease in the time to recover from a non-functional server as the machine can be replaced without having to relocate the storage drives.

Use these questions to evaluate if your deployment storage requirements would be best served through a SAN:

Servers which make heavy usage of DNS queries should be equipped with a local caching DNS server to reduce lookup latency as well as network traffic.

When determining your requirements, consider allocating host names for functions such as mailstore, mail-relay-in, mail-relay-out, and so forth. You should consider this policy even if the host names all are currently hosted on one machine. With services configured in such a way, relocation of the services to alternate hardware significantly reduces the impacts of the change.

In deriving your infrastructure topology, you need to consider the following topics:

These days, most company networks are configured for a DMZ. The DMZ separates the corporate network from the Internet. The DMZ is a tightly secured area into which you place servers providing Internet services and facilities (for example, web servers). These machines are hardened to withstand the attacks they might face. To limit exposure in case of a security breach from such attacks, these servers typically contain no information about the internal network. For example, the name server facilities only include the server and the routers to the Internet.

Progressively, DMZ implementations have moved the segment behind the firewall as firewall security and facilities have increased in robustness. However, the DMZ still remains segmented from the internal networks. You should continue to locate all machines hosting Web servers, FTP servers, mail servers, and external DNS on a DMZ segment. A simpler network design might only define separate DMZ segments for Internet services, VPN access, and remote access. However, security issues exist with VPN and remote access traffic. You need to separate appropriate connections of these types from the rest of the network.

The firewall providing the DMZ segmentation should allow only inbound packets destined to the corresponding service ports and hosts offering the services within the DMZ. Also, limit outbound initiated traffic to the Internet to those machines requiring access to the Internet to carry out the service they are providing (for example, DNS and mail). You might want to segment an inbound-only DMZ and an outbound-only DMZ, with respect to the type of connection requests. However, given the potential of a denial-of-service attack interrupting DNS or email, consider creating separate inbound and outbound servers to provide these services. Should an email-based Trojan horse or worm get out of control and overrun your outbound mail server, inbound email can still be received. Apply the same approach to DNS servers.

The DMZ provides a network segment for hosts that offer services to the Internet.

This design protects your internal hosts, as they do not reside on the same segment as hosts that could be compromised by an external attack. Internally, you also have similar services to offer (Web, mail, file serving, internal DNS, and so on) that are meant solely for internal users. Just as the Internet services are segmented, so too, are the internal services. Separation of services in this manner also permits tighter controls to be placed on the router filtering.

Just as you separate the Internet-facing services into the DMZ for security, your private internal services should reside in their own internal DMZ. In addition, just as multiple DMZs can be beneficial—depending on your services and your network’s size—multiple intranets might also be helpful.

The firewall rules providing the segmentation should be configured similarly to the rules used for the DMZ’s firewall. Inbound traffic should come solely from machines relaying information from the DMZ (such as inbound email being passed to internal mail servers) and machines residing on the internal network.

Only the machines directly communicating with machines on the Internet should reside in the DMZ. If users require Internet access, though, this creates a problem based on your previous topology decisions. In this situation, proxies become helpful. Place a proxy on an internal network segment, or, better yet, an intranet segment. A machine requiring access to the Internet can pass its request onto the proxy, which in turn makes the request on the machine’s behalf. This relay out to the Internet helps shield the machine from any potential danger it might encounter.

Because the proxy communicates directly with machines on the Internet, it should reside in the DMZ. However, this conflicts with the desire to prevent internal machines from directly communicating with DMZ machines. To keep this communication indirect, use a double proxy system. A second proxy residing in the intranet passes connection requests of the internal machines to the proxy in the DMZ, which in turn makes the actual connection out on the Internet.

In addition to the typical packet-filtering features, most firewalls provide features to prevent IP spoofing. Use IP-spoofing protection whenever possible.

For instance, if there is only one entry point into your network from the Internet and a packet is received from the Internet with a source address of one of your internal machines, it was likely spoofed. Based on your network’s topology, the only packets containing a source IP address from your internal machines should come from within the network itself, not from the Internet. By preventing IP spoofing, this possibility is eliminated, and the potential for bypassing IP address-based authorization and the other firewallfiltering rules is reduced. Use the same IP-spoofing protection on any internal firewall as well.

When you have remote or mobile users, pay attention to how you will provide them access to the facilities. Will there be any facilities they cannot access? What kind of security policies do you need to address? Will you require SSL for authentication? Also, examine whether your mobile user population is stable or is expected to increase over time. 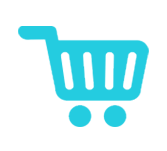