What is the concept of probability in Discrete Mathematics?

What are the basic concepts of probability?

Two mathematicians Blaise Pascal and Pierre de Fermat, who were dealing with the problems related to chance has invented the the theory of probability in 17th century.

An experiment is a random experiment, when the exact output cannot be predicted in advances and when all the possible outcomes are known. One of the examples of ransom experiment is tossing of a coin.

For an experiment, the set S of all possible outcomes in known as the sample space. The sample space for tossing of a coin is S={H,T}S={H,T}.

The subset of the sample space is called as an event. Once the coin is tossed, getting head or tail is an event.

The chance of occurrence of a particular event is probability.

What are the steps to find the probability?

The following are the steps to find the probability:

Step 1 – All the possible outcomes of the experiment are calculated.

There are two possible outcomes for tossing a coin – Heads (H) or Tails (T). Hence total number of outcomes is 2.

The probability of any one of the numbers is 1/6

Taking Cards From a Deck

Outcomes of being an ace − 4

What are the different axioms of Probability?

The axioms of probability are as follows:

are mutually exclusive/disjoint events, then

What are the different properties of Probability?

The following are the properties of probability:

What is Conditional Probability?

Cricket is played by 50% of the class students, and 25% play both cricket and volleyball. Find the probability of students playing volleyball given that the student plays cricket.

What is Bayes' Theorem?

•When the events of the sample space are mutually exclusive events.

•In situations where either

Let B be the event that a red pen is drawn.

The probability that a red pen is chosen among the five pens of the first pen-stand,

The probability that a red pen is chosen among the five pens of the second pen-stand,

The probability that a red pen is chosen among the five pens of the third pen-stand,

According to Bayes' Theorem, 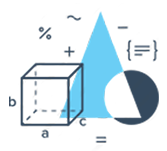