Notation is defined as a manner in which an arithmetic notation is written. Without changing the essence or output of a notation, In three different, equivalent notations arithmetic expressions can be written. The notations are named as they operate.

Expressions are written in infix notation like a - b + c, between the operands, operators are used, such that they are easily readable, writable and easy to speak, but difficult in computing devices. The process of infix notation is difficult for an algorithm as it turns to be very costly in terms of time and space consumption.

In Prefix notation, also known as Polish Notation, operator is prefixed to operands, i.e. operator is written ahead of operands. For insance, +ab. This is equal to the Infix notation a + b.

What is the difference between Infix, Prefix and Postfix Notations?

The difference between the three notations is tabularized as:

What is Data Structure Parsing Expressions?

The arithmetic expression is parsed by taking care of the operator precendent and associativity.

Precedence of an operator decides which operator first takes the operand, when the operand is between two different operators. For instance,

As multiplication operation has precedence over addition, b * c will be evaluated first. A table of operator precedence is provided later.

The order of the evaluation of the expression is determined by both precedence and associativity together.

The default behaviour of the operators is shown in the table. Following is an operator precedence and associativity table (highest to lowest) −

The order in the expression evaluation can be altered by parenthesis. For instance -

How to evaluate Postfix Algorithm?

The algorithm to evaluate the postfix notation is:

To understand the implementation in C programming language, click here 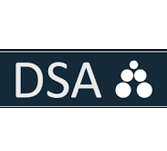