What are D Literals?

Constant values that are entered in the program as a part of the source code are called literals.
Literals can be of any of the simple data types and can be divided into Integer Numerals, Floating-Point Numerals, Characters, Strings and Boolean Values.

Again, literals are treated just like regular variables except that their values cannot be modified after their definition.

An integer literal can be a of the folowing types:

An integer literal can also have a suffix that is a combination of U and L, for unsigned and long, respectively. The suffix can be uppercase or lowercase and can be in any order.

When you dont use a suffix the compiler itself chooses between int, uint, long and ulong based on the magnitude of the value.
Here are some examples of integer literals:

By default, the type of a floating point literal is double. The f and F mean float, and the L specifier means real.

There are two Boolean literals and they are part of standard D keywords:

You should not consider the value of true equal to 1 and value of false equal to 0.

There are certain characters in D when they are preceded by a backslash they will have special meaning and they are used to represent like newline (\n) or tab (\t). Here, you have a list of some of such escape sequence codes:

Following is the example to show few escape sequence characters:

When the above code is compiled and executed, it produces the following result:

You can break a long line into multiple lines using string literals and separate them using whitespaces.

Here are some examples of string literals. 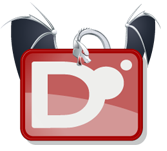