Explain briefly about the concept of Critical Thinking

In today’s competitive world, in order to sustain in the business and not to become outdated, people have to accustom to critical thinking which enables to improve the knowledge. The analytical skills are improved by critical thinking and thus the data can be easily evaluated and interpreted in the best way. This leads to reducing the errors and thus enables a person to take quick and correct decisions. 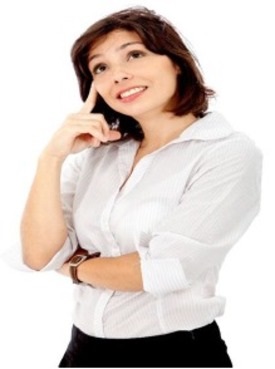 The process of logically studying the techniques of decision-making is also known as Critical Thinking. Critical thinking helps beyond thinking and analyzing the facts, in taking decisions regarding the actions to be taken at a certain point of time. Acting upon the critical issues is an essential part of critical reasoning.

The process by which the information is determined whether true or false by using the available knowledge is known as Reasoning. Reasoning is always done on the basis of logic and hence logic stands as the base for reasoning. But in most of the times, emotions tend to influence the reasoning. One of such instance is that people usually tend to judge people on the basis of their physical appearance and which often tends to be wrong.

In the service industry, most of the people have been wrongly judged and which has led to lose the customers and clients. One of such examples is that of the denial of the Hyderabad Nizam into entering into the Rolls Royce showroom, when asked for a single groom. Then it happened that the Nizam has bought a Rolls Royce, to which he has tied four large brooms around the front wheels and the streets of Hyderabad was cleaned by the same. This made the company feel embarrassed.

What is Critical Thinking?

Critical Thinking starts with the origin of human civilization. A person is considered as a frog in a well who does not accept the changes suggested by the people and who is not open-minded. But different viewpoints can be heard and the horizon of the thinking process can only be broadening by open-mindedness.

Open mindedness implies that the person should be responsive to the positive criticism. People with open-mind would accept second opinions also from a credible source. They always think for searching out for all the different alternatives and the different possibilities for considering a situation.

How Critical Thinking is important?

People who tend to think critically usually succeed in their professional life. As critical thinking enables a person to reach out a practical conclusion by interpretation of the information carefully. The concept of critical thinking is universal and hence can be applied in any context and in any of the situations but the application of the concept only depends on the areas on which the concept is desired to apply.

Critical Thinking is applied in the following spheres −

In the areas mentioned in the table, research and logical thinking is very essential and which calls for properly analyze and evaluate. Therefore it can be said that one cannot succeed in these areas without critical thinking. There are some instances, where even people with good knowledge and logic tend to make mistakes and this is because they fail in applying the methods of critical thinking as they seem to be complex and impractical for them to implement.

Some of the activities such as identification of all the bias, prejudice, distortion, misinformation constitute critical thinking. According to some of the educators, the skills of critical thinking should be developed and incorporated to the children in the school itself and intellectual traits need to be cultivated.