Donaldson and Preston’s normative thesis is troubled for two separate, but related, reasons. First, its content does not separate the normative stakeholder theorist from her opponents by setting out and arguing for a distinctive position. Second, its content, if true, does not imply the moral impermissibility of the investor-owned firm with fiduciary duties to shareholders alone.

Rather than select antecedently one version of the descriptive thesis over the other, I will refer to each, as necessary, in order to establish the logical relationship that exists among the three reformed theses. The important differences between Donaldson and Preston’s theses and the reformed theses are summarized. 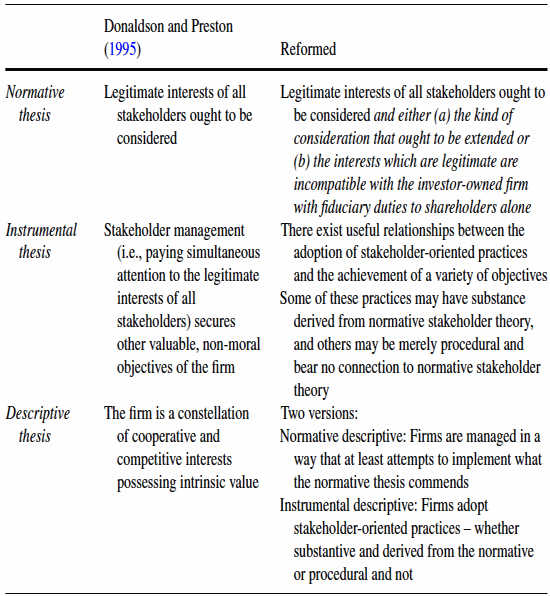