Information is provided on negative attributes. It shows the deficiencies and limitations of the product e.g., “Tobacco is injurious to health.”

This has been a mission of the Consumer Protection Act, 1986 that consumer’s education is a must. The Consumer Councils have been charged with responsibility to provide to the people, education in terms of their remedies under the Act. If the consumer is educated properly about his rights and remedies, the public servants shall cease to act as public exploiters, and corruption and mal practices in the public life will be reduced, if nor eradicated.
Besides all this there should be proper pricing truthful labelling, nutrimental ingredients be shown and displayed. Expiry dates should be displayed. The date of manufacture, proper weights, proper quality of material and proper packing, purity and hygiene be considered as well.

The implementation of the act: The National Policy in the sphere of consumerism to the responsibility of the Consumer Council. Consumerism has assured great importance in the field of commerce. The meaning of consumer in relation to the transactions with producers,sellers which affect his day-to-day life, is explained as order.

Consumer: Section 2(d) of the Consumer Protection Act, 1986 defines consumer in two parts. It provides that consumer is a person who buys goods for consideration and who hires or avails of any services for a consideration. In its explanation, it is made clear that if goods are purchased for commercial purposes, then he will cease to be a consumer, but if the goods are bought and used by him exclusively for the purpose of earning his livelihood, by means of self-employment, he would be deemed to be a consumer.

Thus, consumerism is a result of contract, and for contract, consideration is a must, whether for buying goods or, hiring services. Another important requirement is that a sale in course of trade necessary. Consumerism deals in buying and selling.The cause of action arises when there is:

The name of the case was Grant vs. Australian Knitting Mills. In that case, the plaintiff, a doctor, purchased from the retailer, two woollen underpants manufactured by the defendants.
Next day after wearing one of them he became ill. His illness was diagnosed as dermatitis caused by a chemical irritant, which the defendants had negligently omitted to remove in the process of manufacturing. The manufacturers were held liable for the defect in the goods.

The second category of consumer is that of user of services. Deficiency in service was explained by the Apex Court in Lucknow Development Authority vs M.K. Gupt (1994) ISCC243. The court held that a housing authority would be liable for any deficiency in service, even if the contract for the service was made before the amendment made in 1993. In Indian Medical Association vs. V.P. Shantha (1995) 6 SCC 651, the Supreme Court held that the use of words, potential users does not have the effect of excluding medical services from the preview of the word ‘service’. However, the services must be of commercial nature, in the sense that they must be on payment, which may be either in cash or kind, and which may be made either at once, or partly on credit. In this category of consumer also, any beneficiary of the service would be included, though he is not the hirer. In this category comes a nominee of an insurance policy who is entitled to the service with the approval of the user.

Unlike other remedies available under various Acts, the Consumer Protection Act does give a new forum which will be comparatively free from all weaknesses. Court fee is not there, lawyers are not needed and, time limit is set for disposal. In a favour case of Laxmi Engineering Works vs. PSG Industrial Institute Air 1995 SC 1428, the Supreme Court determined the nature of protection, and held that the quasi-judicial bodies created by the Act are not courts though invested with some of the powers of the court. They are quasi-judicial tribunals, brought into existence to render in expensive and speedy remedies to the consumers. These bodies are not supposed to supplant but supplement the existing judicial system. The idea was to provide an additional forum, providing in expensive and speedy resolution of disputes arising between consumers and suppliers of goods and services purchased and availed of by them, in a market dominated by large trading and manufacturing bodies. Indeed, the entire Act revolves roundthe consumer, and is designed to protect his interest. The Act provides for “business to business” disputes.

The Minister in charge of the Department of Food and Civil Supplies in the Central Government, is the chairman of the Central Council and same is the case of State Councils. There are a total 150 members and their term is fixed for three years. The Constitution and functions are described from Sections 4 to 8 of the Act. This role is supervisory.
From Sections 9 to 24, the provisions for constitution and functions and jurisdiction of consumer disputes redressal agencies are narrated. These are as under:

Conclusion
The main purpose for which the Consumer Protection Act, 1986 was enacted, was to impart speedy and inexpensive justice to the consumer. However, with the passage of time these forums have also assumed the same character as is practiced by the ordinary court. The delaying tactics, the engagements of lawyers and other legal battles have married the efficacy of the forums created by the Act. They have been losing their importance gradually, and the purpose for which the redressal agencies were created is slowly being frustrated. The cases are now lost in the pending files lying with the judges. 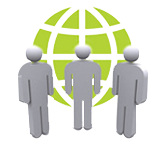