What are 3D Computer Graphics?

In addition to two coordinates X and Y, an extra coordinate Z is added. 3D graphics techniques and applications are very fundamental for entertainment, games, and computer-aided design industries.

Every personal computer has 3D graphics components. They are increasingly being used by other applications. 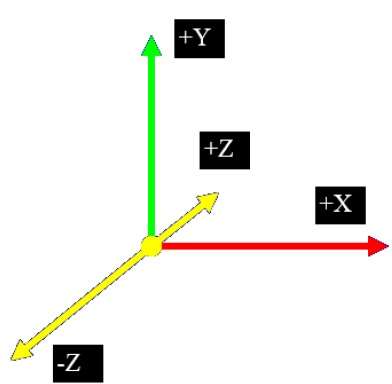 What is Parallel Projection?

The z-coordinate is discarded by the Parallel projection and the parallel lines from each vertex on to the object and till it intersect the view plane, the objects are extended. A direction of projection is specified instead of center projection.

The distance from the center of projection to the project plane is infinite in parallel projection. The projected vertices are connected by line segments that correspond to the connections on original object. 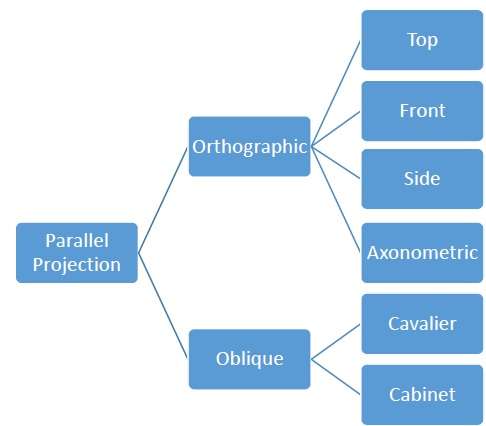 What is Orthographic Projection? 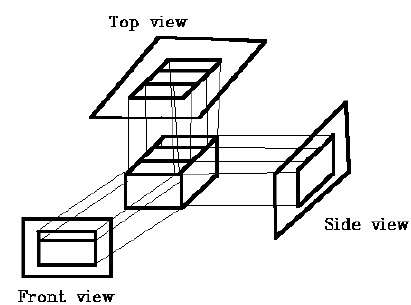 What is Oblique Projection?

The object is better viewed than orthographic projection in oblique projection.

What are Isometric Projections? 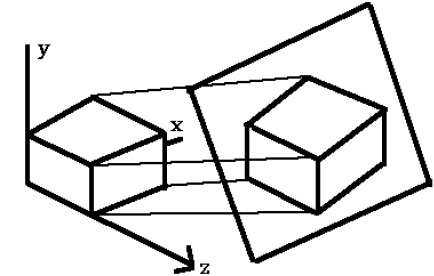 What is Perspective Projection?

There is finite distance between center of projection to project plane and the object size varies inversely with the distance that seems to be more realistic. 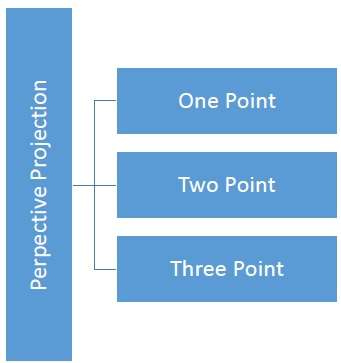 All the three types of perspective projection is depicted below:

The Z coordinate is translated along X and Y coordinates. The 3D translation is similar to that of 2D translation. An object is moved into different position on the screen and the effect of transition is depicted below: 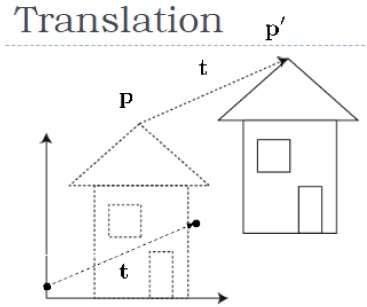 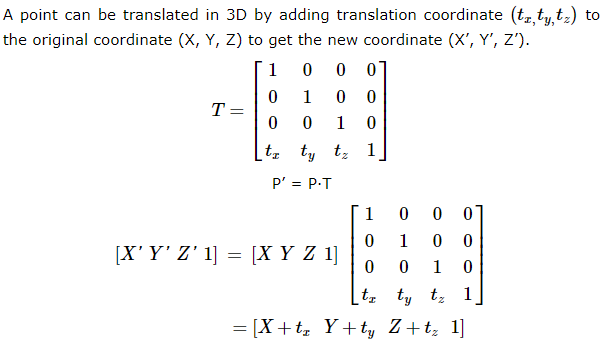 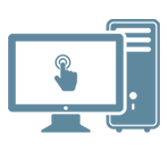