What is Read only memory? How does it work?

ROM stands for Read Only Memory. This memory helps to read the data that is stored but cannot write on it. This type of memory is non-volatile. The information that is stored remains permanent in such memories during manufacture. Whenever you start a computer some instructions has to be given to the memory and that is handled by ROM. This operation is referred to as bootstrap. ROM chips are not only used in the computer but also in other electronic items like washing machine and microwave oven. 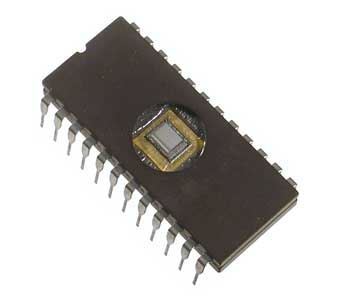 Let us now discuss the different types of ROMs and their characteristics.

The very first ROMs were hard-wired devices that contains a pre-programmed set of data or instructions. These kind of ROMs are known as masked ROMs, which are less expensive.

PROM is read-only memory that can be edited only once by a user. The user gets a blank PROM and enters the required contents using a PROM program. Inside the PROM chip, there are small fuses which will get burnt open during programming. It can be programmed only once and is will not get erased.

If you want to erase any program by EPROM then it can be erased by exposing it to ultra-violet light for a duration of up to 40 minutes. Usually, an EPROM eraser achieves this function. During programming, an electrical charge is trapped in an insulated gate region. The charge is retained for more than 10 years because it does not have any leakage path. To erase this charge, ultra-violet light is passed through a quartz crystal window (lid). So when it is exposed to ultra-violet light it dissipates the charge. During normal use, the quartz lid is sealed with a sticker.

EEPROM is programmed and erased electrically. It can be erased and reprogrammed about ten thousand times. The time taken for both erasing and programming is about 4 to 10 ms (millisecond). In EEPROM, you can choose any location selectively which will be erased and programmed. EEPROMs can be erased one byte at a time, rather than erasing the entire chip. Hence, the process of reprogramming any number of times is flexible but slow in process.

The advantages of ROM are as follows − 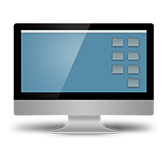