What is an Intermediate code in Compiler Design?

An intermediate code is required for the following reasons:

How the Intermediate Code is represented in Compiler Design?

There are many ways of representing Intermediate codes and each of the way has its own benefits.

What is Three-Address Code in Compiler Design?

The input is received by the predecessor phase, semantic analyzer, in the form of annotated syntax tree by the Intermediate code generator. The syntax tree is then converted into a linear representation. The intermediate code is machine independent code and hence it is assumed by the code generator for having unlimited number of memory storage for generating the code.

This expression is divided into sub-expressions by the intermediate code generator and the corresponding code is generated.

r being used as registers in the target program.

A three-address code has three address locations used for calculating the expression and is represented in two forms - quadruples and triples.

The instruction of the quadruple presentation is divided into four fields - operator, arg1, arg2, and result. An example is represented in quadruples format as follows:

The instruction of the Triples presentation is divided into three fields - op, arg1, and arg2. The position of the expression denotes the results of the respective sub-expressions. The similarity with DAG and syntax tree is represented by triples. When expressions are represented, they are equivalent to DAG.

While optimization, code immovability problem may be faced by triples and hence may result in changing the order or position of the expression.

The enhancement in the representation of triples is known as Indirect triples. The results are stored in pointers instead of position facilitating the optimizers to re-position the sub-expression and produce the optimized code.

What are Declarations in Compiler Design?

Before using, the variables or the procedure need to be declared, which may require space allocation in the memory and entering the same in the symbol table? In view of the target machine structure in mind, the program is coded and designed. But a source code cannot be accurately converted to a target language.

The whole program is considered as a collection of procedures and sub-procedures and all the names local to the procedure are declared. The names are allocated to the memory in a sequence and memory is allocated in a consecutive manner. Offset variables are used and is set to zero {offset = 0} denoting the base address.

A procedure ’enter’ is used for entering the details in the symbol table and have the structure as follows:

An empty is created in the symbol table by this procedure for variable ‘name’ which has a type set of type and relative address in the data area. 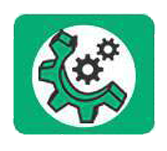