What is CherryPy Presentation Layer?

The Presentation Layer will make sure that the communication passing over it aims the expected recipients. CherryPy keeps the working of presentation layer by different template engines.

The input of the page is taken by the template engine from the business login and processed to the final page which aims only the targeted audience.
Kid — The Template Engine

Kid is a easy template engine which comprises of the name of the template to be processed and input of the data to be passed when the template is returned.

The template class offers the below set of commands −

The parameters these commands used are as follows -

Let us consider below example to understand the working of Kid –

The next step after saving the file is to process the template via the Kid engine.

What are Kid’s attributes?

Below are the Kid’s attributes −

Kid is an Extensible Markup Language(XML) based language. A Kid template should be a well-formed XML document with correct naming conventions.

Kid has come up with a variable substitution strategy and a simple approach — ${variable-name}.

These variables can either be used as attributes of elements or as the text content of an element. The variable will be evaluated by Kid each and every time when the execution takes place.

If the user wants the output of a literal string as ${something}, it can be left behind using the variable substitution by doubling the dollar sign.

In the above code, tag means the name of the element, for example DIV or SPAN.

The below syntax is used for looping an element in Kid –

In the above code, tag means the name of the element. The expression here is a Python expression, for instance for value in [...].

The below code shows the working of looping mechanism – 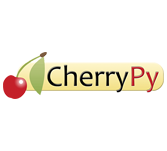