Operators can be divided into 3 categories. One’s complement operator, logical bitwise operator and shift operators.
These operations can be performed only on integers (short, long) and character whether signed or unsigned.
We have considered byte as the smallest thing that can be operated upon. But each byte is further made up of bits.’C’ contains several operators that allow bitwise operations to be carried out easily. Using bitwise operations we can directly interact with the hardware. The collection of bits is nothing but binary representation of numbers.

When we are using bitwise operators, we are considering the binary representation of numbers

There are three types of logical bitwise operators AND operator (&), bitwise OR operator (|), bitwise XOR operator (^).
These operators use two operands. The operator has to be applied to each pair of bits (One from either operand), independent of other bits within the operand. The least significant bits within the two operands will be considered, then the next least significant bit and so on until operator has been applied to all bits. Both operands must be of the same type.

AND operator
Two bits on AND results into one only if both are one. The AND operation can be better understood by looking at the truth table.

There is a difference between the logical AND operator (&&) and bitwise AND operator (&).
E.g.
If x =1 and y = 2
Then x && y will consider x as one expression which on evaluation gives true (Since it has some value other than 0) and y as other expression which on evaluation gives true. Thus result is true Therefore (x && y) is 1.

The AND operation can be used to
• Check whether particular bits are ON or OFF.
• To turn of any bits.

In either case, the second operand has to be constructed according to the bits to be tested or to be turned off. It is called as mask

OR operator
Two bits on OR result into 1 if either bit is 1. The truth table for OR operation can be given as follows

Bitwise OR operator is used to turn ON particular bit in a number. The bit to be turned ON in the original pattern should be made 1 in the OR mask. All other bits in the mask kept to 0 & remaining original bits remain unchanged.

XOR operation can be used toggle (invert) bits. If we want to toggle last 8 bit of a pattern,

These operators take two operands. The first operand is the bit pattern to be shifted and the second is an unsigned integer, a number that indicates the number of places the bits are shifted. 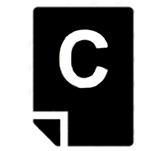