Explain in detail about the Aviation Safety Management?

There are many risks and threats that an aviation industry comes across in their daily operations. Some of the issues may be putting the passengers to face the delays in the time, increasing the prices, life uncertainty etc. Sometimes there is a threat of losing the path but for which radars are always used by the pilots. A number of instruments have come up in order to assist the operations of the aviation management but in spite the aviation business is prone to many risks, threats and hazards.

What are the common Aviation Risks?

A threat may lead to some of the potential losses or damages caused to the property, assets or to the information. Placing of all the assets, vulnerabilities and threats together may cause huge risks.

The different kinds of risks that are associated with Aviation include the operational risks, strategic risks, financial risks etc. With respect to aircraft and airport, the following are the different types of risks -

In order to cover up these loopholes of the system, and in order to take corrective and appropriate measures, risk is assessed. The causes of the incidents of the risks are identified and the likelihood of future risks are minimized by performing risk analysis. 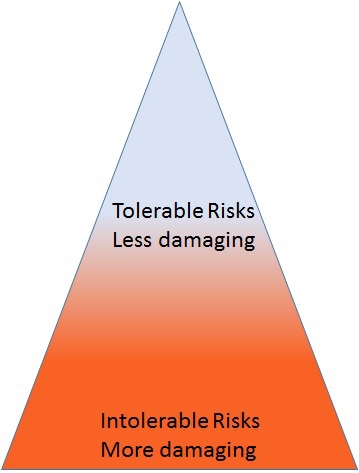 What is Vulnerability in Aviation?

What are the most likely threats in Aviation?

The different sources of attacks are known as threats. Several incidents of aircrafts hijack can be observed. For instance, the 9/11 attack, this was planned by hijacking four airlines and which carried the suicidal attack and targeted the World Trade Center. Many sophisticated methods have been used for destroying and attacking by the terrorists.

Many incidents of hijacking can be found by the terrorists. These may often lead to asset losses. These incidents are the planned ones and intentional.

Some of the common aviation threats are as follows -

Explain about the safety and security system in Aviation?

It is the responsibility of the airport security and the staff to ensure safety with regard to airport and passengers. Some of the measures have been undertaken to maintain, manage and ensure the aircraft security. They are as follows - 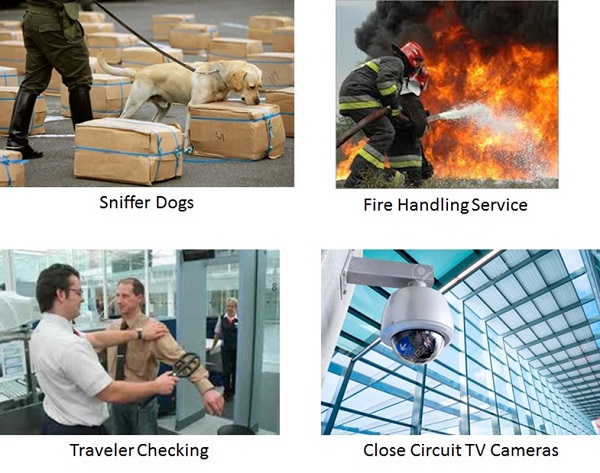 A detection system known as Fiber Optic Perimeter Intrusion Detection System is being used at the Dulles International Airport. This detection system facilitates to detect any intrusion on the airport perimeter and also makes it possible for the security staff to carry out the required procedures for security.

The weapons and chemical that are being carried by the passengers can be detected and identified by the recent developments that are being made by the X-Ray technology. This technology uses the gas chromatography which enables to detect the volatile compounds.

What are the different objects that are prohibited into Airport / Aircraft?

What is Contingency Planning?

In order to handle the future mishaps that may cause due to several risks and threats, contingency strategies have to be set up and which is being done by the Air Navigation Service Provider (ANSP).

These contingency strategies are of two different types. They are -

Explain the issues concerned with Birds, Wildlife, and Snow Control?

With respect to the safety of the aircraft, one of the major unforeseen challenges is collision with birds. Collision with birds may result in damaging the aircrafts sometimes. This can be avoided by installing the Airport Bird Control System. This system enables to repel the birds that are being wandering away from the runways and airports.

In the absence of this system, Bird Aversion Liquid or any Gas can also be used. By spraying this gas, an invisible barrier is being created between the birds and the aircraft. This gas irritates the birds and makes them disturbed and thus they fly away from the airport, but it is not harmful to the life of the birds.

Another system that is being used is electronic bird repellent system. These system uses high amplifiers with multiple speakers which produce sound of about 125 DB, thus repel the birds up to 30 acres. 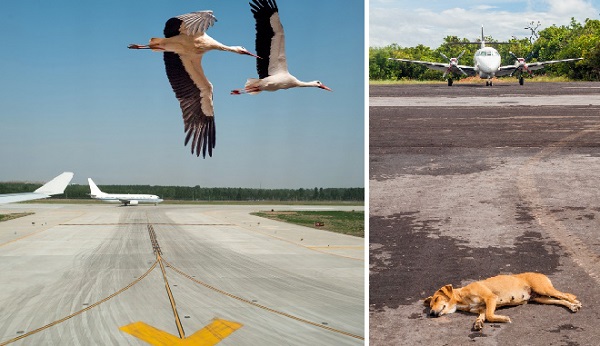 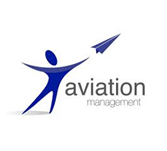