What is PDA & context free grammar?

Incase if a grammar G is context-free, then we can build an equivalent nondeterministic PDA to be accepted by the language which is produced by the context-free grammar G. A parser is also built for the grammar G.

Also, if P is known as a pushdown automaton which is known as an equivalent context-free grammar G can be constructed where

Next two topics will be discussed about how to how to convert from PDA to CFG and vice versa.

Algorithm to find PDA corresponding to a given CFG

Step 1 − Convert the productions of the CFG into GNF.

Step 5 − For each production in the form A → aX where a is terminal and A, X are combination of terminal and non-terminals, make a transition δ (q, a, A).

Construct a PDA from the following CFG.

Where the productions are −

Algorithm to find CFG corresponding to a given PDA 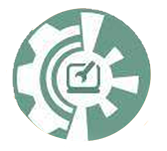