What are Arduino Strings?

Strings are used to store text. They can be used to show text on an lcd or in the Arduino IDE Serial monitor window. Strings are also useful for storing the user input. for example, the characters that a user types on a keypad connected to the Arduino.

There are two types of strings in Arduino programming −

In this chapter, we will learn Strings, objects and the use of strings in Arduino sketches. By the end of the chapter, you will learn which type of string to use in a sketch.

The first type of string that we can learn is the string that is a series of characters of the type char. in the previous chapter, we learned what an array is; a consecutive series of the same form of variable stored in memory. A string is an array of char variables.

A string is a special array that has one extra element on the end of the string, which always has the value of 0 (zero). this is known as a "null terminated string".

This example will show how to make a string and print it to the serial monitor window.

The following example shows what a string is made up of; a character array with printable characters and 0 as the last element of the array to show that this is where the string ends. The string can be printed out to the Arduino IDE Serial Monitor window by using Serial.println() and passing the name of the string.

In this sketch, the compiler calculates the size of the string array and also automatically null terminates the string with a zero. An array that is six elements long and consists of five characters followed through a zero is created exactly the same way as in the previous sketch.

We can alter a string array within a sketch as shown in the following sketch.

Creating and Printing the String

In the sketch given above, a new string is created and then printed for display in the Serial Monitor window.

The string is shortened through replacing the 14th character in the string with a null terminating zero (2). this is element number 13 in the string array counting from 0.

When the string is printed, all the characters are printed up to the new null terminating zero. the other characters do not disappear; they still exist in the memory and the string array is still the same size. The only difference is that any function that works with strings will only see the string up to the first null terminator.

Changing a word in the String

Finally, the sketch replaces the word "cake" with "tea" (3). It first has to replace the null terminator at like[13] with a space so that the string is restored to the originally created format.

New characters overwrite "cak" of the word "cake" with the word "tea". this is done through overwriting individual characters. The 'e' of "cake" is replaced with a new null terminating character. The result is that the string is actually terminated with null characters, the original one on the end of the string and the new one that replaces the 'e' in "cake". This makes no difference when the new string is printed because the function that prints the string stops printing the string characters when it encounters the first null terminator.

The previous sketch manipulated the string in a manual way by accessing individual characters in the string. To make it easier to manipulate string arrays, you can write your own functions to do so, or use some of the string functions from the C language library.

Given below is the list Functions to Manipulate String Arrays

The next sketch uses some C string functions.

The newly created string is printed to the Serial Monitor window as done in previous sketches.

Get the Length of the String

The string contains 17 characters, so we see 17 printed in the Serial Monitor window.

Get the Length of the Array

sizeof() looks like a function, but technically is an operator. It is not a part of the C string library, but was used in the sketch to show the difference between the size of the array and the size of the string (or string length).

The string was copied to the array so that we would have some extra space in the array to use in the next part of the sketch, that is adding a string to the end of a string.

Append a String to a String (Concatenate)

Remember that the 25-character long string actually takes up 26 characters of the array because of the null terminating zero.

When working with strings and arrays, it is very important to work within the bounds of strings or arrays. In the example sketch, an array was created, which was 40 characters long, in order to allocate the memory that could be used to manipulate strings. 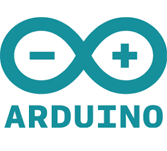