The limit clause in Impala is used to restrict the number of rows of a resultset to a desired number, i.e., the resultset of the query does not hold the records beyond the specified limit.

Following is the syntax of the Limit clause in Impala.

You can arrange the records in the table in the ascending order of their id’s using the order by clause as shown below.

On executing, the above query gives the following output. 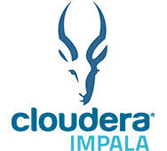