How data is displayed in Angular 2?

Data can be displayed by binding controls in the UI. Angular displays data using interpolation and other binding properties such as binding in HTML template to the Angular component properties.

Below example describes the use of displaying data in Angular 2:

Above code includes below configuration options

Now create a component in TypeScript(.ts) file as shown below: 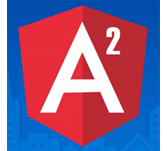