Co-location of stakeholders is a traditional and universally supported agile best practice throughout the case studies. Even the authors of those case studies(such as Thomas, Kingston, and May,)where there are issues about lack of co-location of staff accept that, in the ideal situation, the teams should be working together in the same place at the same time. A number of the case studies describe specific quality management benefits associated with co-location:

Although co-location of the stakeholders in an agile project is the ideal goal, a couple of the case studies(such as Thomas,; and Kingston,) describe projects where necessity(and the goal of saving costs)meant that some members of the team were offsite.

Thomas describes a project where most of the development was carried out in North America, with testing and release management in the United Kingdom. While Kingston describes a project that was
U.K. based(management, design, and the higher levels of test), the majority of the code development was offshored to India and the customer perspective was provided by a small team in the United States.

The case studies describe some very valuable best practices for improving the communications of non-co-located teams trying to work in an agile manner.

In addition to having the opportunity to communicate, a number of the case studies/address the issue of the quality of communication Evans;Kingston;and Evans;for example). That is, how can you ensure that all participants in a meeting are able to contribute to the success of the meeting? Holding a retrospective to discuss the lessons learned on the last iteration or on the project as a whole is likely to be less than successful if the person who knows the most is the least talkative, or the meeting is hijacked by someone who wants to tell everyone about their fantastic new sports car!

The following communications practices provide a valuable means of ensuring you get the most from your agile meetings:

If you would like to understand how to improve the quality of communications on agile(and traditional)projects in more detail. 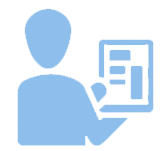