Advertising communicates the message some of which may not be acceptable to the society. These immoral and unethical values are controlled by self-control, control of consumers and by the government. Some say that some Ads degrades the ethical values of the society. For instance some advertisers project their medicine as giving immediate relief like magic is not acceptable. There are a number of unrealistic situation. The fairness of presentation is essential for any Ad. Value system is also getting eroded. Obscence and nudity are example of these. Gambling and lotteries should not be promoted. The names of celebrities should be used without their permission. The advertisements should be in line with the traditions and customsof the society.

The media should also play an important role and should be able to reject advertisements which are misleading and in correct. This should be the case with Newspaper, Magazines, Radio and T. V. Media. Consumers should also boycott the advertisements and products advertised which are not ethical this can be done through consumer groups and opinion leaders. The government can also play a vital role in curbing the unethical advertisement by making appropriate rules and regulation.

While advertising has been criticised for many reasons yet there are many points in favour ofsocial advertising. Its benefits are as under:

Stressing on the negative aspects of advertising we have:
Deception Advertising
Many people find the advertisements not credible enough or untruthful which deceives theconsumer. The advertiser must have available data to support their claims. Mis-representationor ambiguous statements are considered as deception.
Harmful Effects
It may have adverse effects on culture and social values. Nudity and sex has bad influenceon people and they want sex in real life. They run after things that they should not have. Thus, advertising may create “bad taste”. The woman in fashion shows are stunning, glamorous exposed in many parts, sizzling high voltage glamour is shown which may leadto bad taste.
Appeal
Appeal to sex and drugs, appeal to obscenity, nudity etc. have been criticised by people. Thecumulative affect of these appeals are very dangerous and can change the behaviour of humanbeings towards indulgence in these things. Sometimes, audience is repelled rather than beattracted by repetitive advertisements, sometimes it irritates the audience, creates a clutter, and also information overload that confuse the audience. It also has an adverse effect on children. Children are vulnerable to sex, nudity and violence Ads. It leads them to adopt different kinds of behaviour and they became disinterested in other activities like studies, sports andpresuming their career. They dream of the sexual objects day and night may spoil their lives. Many people specially women’s organisations have objected to sexy advertisement and toomuch exposure of women in the Ads.

Advertising has encouraged the proliferation of brands although there are no significantdifferences in the products. Symbolic differences are created by advertisers. This confessthe customer. Then there is the desire to buy products which their neighbour or relatives havebought. This leads to envy and the advertiser exploits these desires. Advertising also tries tocreate a “status symbol”. It tries to create desire to satisfy their ego. The Neo Riche in India try to emulate the higher-income group and buy products thatare used by them.

It reduces interpersonal relationship and develops groups relationship. Advertising also creates unnecessary comparison between two products some are in favour of comparative advertising others speak against it. 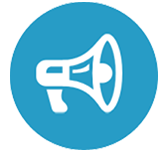