What is Advanced Excel Charts Introduction?

You are aware that charts are the efficient information visualization means to convey the results. In addition to the chart sorts that are available in Excel, some extensively used application charts are popular. In this tutorial, you will learn about these advanced charts and how you can create them in Excel.

We will see all the advanced charts briefly.

A Waterfall chart is a form of data visualization that helps in understanding the cumulative effect of sequentially introduced positive or negative values.

A Band chart is a Line chart with added shaded areas to display the upper and lower boundaries of the defined data ranges.

A Gantt chart is a chart in which a series of horizontal lines depicting tasks, task duration and task hierarchy are used planning and tracking projects.

A Thermometer chart keeps track of a single project, for e.g. completion of work, representing the current status as compared to a target. It displays the percentage of the project finished, taking target as 100%.

Gauge charts, also referred to as Dial charts or Speedometer charts; use a pointer or a needle to show information as a reading on a dial.

Bullet charts support the comparison of a measure to one or more related measures with a linear design.

Funnel chart is used to visualize the progressive reduction of data as it passes from one phase to another in a process.

Waffle chart is a 10 × 10 cell grid with the cells colored as per conditional formatting to portray a percent value such % work complete.

A Heat Map is a visual representation of data in a Table to highlight the data points of significance.

A Step chart is a Line chart that uses vertical and horizontal lines to connect the data points in a series, forming a step-like progression.

Box and Whisker charts, also called box Plots are commonly used in statistical analysis. In a box and Whisker chart, numerical information is divided into quartiles and a box is drawn between the first and third quartiles, with an additional line drawn along the second quartile to mark the median. The minimums and maximums outside the first and third quartiles are depicted with lines, which are known as whiskers. Whiskers suggest variability outside the upper and lower quartiles, and any point outside the whiskers is considered as an outlier.

A Histogram is a graphical representation of the distribution of numerical data and is widely used in Statistical Analysis. A Histogram is represented by rectangles with lengths corresponding to the number of occurrences of a variable in successive numerical intervals.

Pareto chart is widely used in Statistical Analysis for decision-making. It represents the Pareto principle, also called 80/20 Rule, which states that 80% of the results are due to 20% of the causes.

An Organization chart graphically represents the management structure of an organization.

For every of the advanced charts mentioned above, you will learn how to create them in Excel with the following steps − 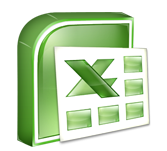