Most female professionals don't deem their workplaces as women friendly, exposes a Wisdom Jobs survey that took opinions from nearly 2,500 working women. The report reveals though most organizations declare to offer equal opportunities to male and female, their own women employees feel very differently. 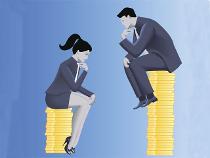 Nearly 90% women say there isn't much egalitarianism in their organization when it comes to career development. Nearly 70% believe their workplace was not female friendly.

0 Comments on Workplace Not Friendly for Women: Survey reveals