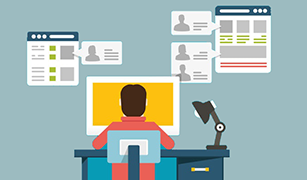 Wisdom jobs recent survey to campus hiring and compensation trends in 2019 found that Tier II and Tier III business schools have witnessed year on year growth as per the recent study 2018-29. Recent survey by wisdom jobs career edge found that there’s an improvement in business performance. Over 38% companies showcase growth in compensation offered at campus placements as compared to previous year while 63% mentioned that salary will be stay all levels as seen last year. According to the study tier-2 and tier-3 colleges saw considerable year on year growth according to the study.

As per the survey over 42 percent companies showcase an increase in the number of college hires as compared to previous year 32 percent. Over 14 percent indicated that there’s a decline in number of campus hires lower than previous year which 18 percent.

The survey was focused on variable payout options which indicate that IIMs and other tier 1 institutes see a greater prevalence of available pay than tier 2 and tier 3 institutions in campus hiring. The survey also find that variable pay aggressive at IIMs such as Ahmedabad,Bengaluru,Kolkata and Lucknow where compensations will be expected to reach at 16% in 2019.

Wisdom jobs survey found that over 93 percent offer internships to MBAs with an average salary of rs 75000 at Tier 1. Over 75 percent provide pre placement interviews and pre-placement offers. According to the survey 65 percent organizations said that they hire management graduates with prior experience.