What is the suspension period salary? 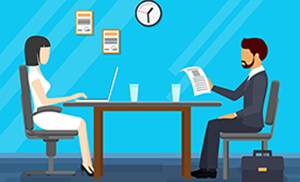 Under the IDA Act, a compound system of conflict resolution between employers and workers is under progress, and disagreements over subsistence allowance are not exceptional because ofan employee subject to disciplinary procedures.

The organization must consider all remunerations other than factors that must be considered when calculating the (such as allowances, bonuses employers contribution to the fund) according to the corresponding law which is barred in the law to calculate the Subsistence Allowance.

The allowances must be paid at 50% of the salary to which the worker was entitled on the earlier suspension date, during the first 90 days of suspension and 75%, if later six months later at 100% until the final decision.

To get the daily wage of a salaried employee per month, the division factor must be 26 days instead of 30 days for the employee to pay since a worker receives a full salary without being a service during the 30 days. within a month, but stay at work for only 26 days, except Sundays that are holidays, plus other days off, which could also lead to marginal variations.

In the suspension of Govt employee salaries paid throughout the month must be considered paid during the 30 days of the month to figure the rate of payment and not be paid for the number of working days in progress. This statement is contrary to the well-accepted principle that wages payable to an employee for one month are wages paid for the current number of days worked, 26 days in a month after Sunday in all establishments. The wage rate got by dividing the total amount of wages paid in a month by 26 days and not by 30 days.

0 Comments on What is the suspension period salary?