What is the meaning of on roll job?

On roll job, Meaning is it implies to job role if an employee is working and is on the payroll of an organization. In On Roll Job, Company provides benefits such as dearness allowances and performance bonuses and. Salary is decided as per the company rules and regulations. In this job, the employee is directly hired by the company. 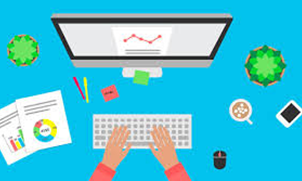 This type of jobs has career growth and salary hikes. On roll job allows the employees to file taxes and contribution towards saving such as provident fund ESI and these are undertaken by the employer. Salary is credited steadily and directly these jobs offer security and advancement in the career.

In Off Role jobs in some companies, the salary handed over in form of cash or cheque. These employees get none of the benefits such as DA or bonuses unless the consultant company provides it the

Difference between On Roll and Off Role job

Basically, job are of two types one is On Roll and other is Off Role and the difference between On Roll and Off Role job is that employee payroll difference. As mentioned above and On Role offers benefits and job security and social security schemes and employee work for the definite period to terminate these employees company has to follow certain norms are provided under establishments act.

But in Off Role no bonuses the employee work for an undefined period an employee can be terminated following no rules and regulations. In On Roll job growth assured and in off Role job experience is not considered and less career growth.

1 Comments on What is the meaning of on roll job?