What is the meaning of Dearness allowance ?

Dearness allowance meaning is a cost of living adjustment allowance rewarded to Public sector employees (PSE), Government employees and pensioners in India. Dearness Allowance can be basically known as a part of salary which is equal to some fixed percentage of the basic salary, intended at prevarication the impact of inflation. Since DA is directly associated with the cost of living, the DA module is different for different employees based on their location. This means DA in salary for workers varies for employees in the rural region urban region and the semi-urban region. Dearness Allowance is completely taxable for employees who are salaried. In case workers are provided with rent-free accommodation that is without any furniture or unfurnished wherein all fundamentals are met, Dearness allowance is a component of the salary to the extent wherein it forms a part of the retirement benefit payments. The Income Tax Act permits that tax legally responsible for Dearness allowance will have to be confirmed in the filed returns. 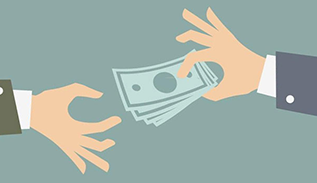 What is dearness allowance

What is dearness allowance is a general question, whose answer should be known by all pensioners and employees of government and public sector organizations. DA refers to the amount in salary which is allotted to the employees of government and public sector organizations and pensioners. It is basically a part of the salary given as living allowance which helps people adjust their living cost. A particular percentage of salary is allotted as a dearness allowance to the employees. The dearness allowance is different from locality to locality as the cost of living also differs from one locality to another locality; the cost of living in metropolitan cities is more than rural areas and smaller cities. The answer to the question what is DA or what is DA in salary is simply a cost of living adjustment to payment. It is calculated as a percentage of (grade pay + Basic pay). Dearness allowance has been included to reimburse for inflation or price rise in a particular financial year and hence it is changed twice every year.

0 Comments on What is the meaning of Dearness allowance ?