WHAT IS SALARY BREAKUP ANNEXURE?

What is salary breakup annexure?

Salary annexure is break up of salary/income of the employee which contain different segments like basic salary and allowances and ctc and deduction salary annexure process of salary break up and shows disposable salary of an employee after including reimbursements and excluding deduction .It is a financial statement that includes all the economic activity such as payments, bonuses, deductions and expenses given by a company to an employee. 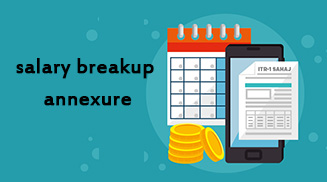 ● Contribution to Gratuity (paid by emplr)

Cost To Company: “Cost to Company” is the term Companies to calculate the total cost to be used, that is, all costs associated with an employment contract. Most CTCs include mandatory deductibles. CTC differs from one company to another and each company has its own structure and its own salary components. It includes benefits, such as statutory bonuses, allowances and administrative expenditure other than the employee's gross salary. The total CTC need not be the actual salary in hand at the end of the month.

● Fixed salary it is also called as basic salary

● Reimbursements are allowances and incentives’ given by the employer 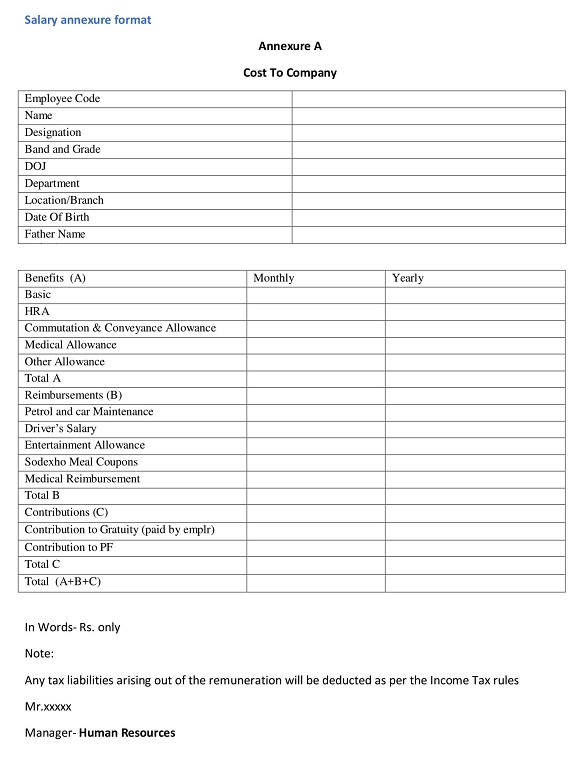 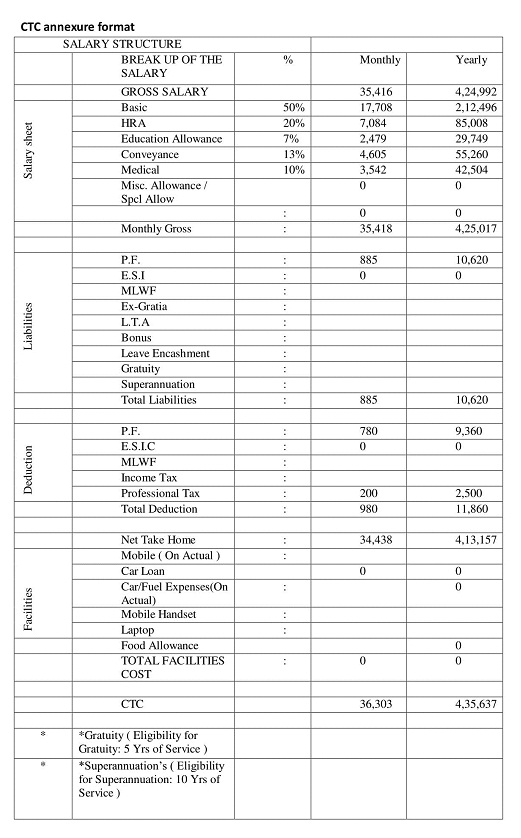 0 Comments on WHAT IS SALARY BREAKUP ANNEXURE?