What is LTA in salary?

What is LTA in salary is explained as a type of allowance granted to the employee in order to compensate for their travel expenses during the leave period. LTA ( Leave Travel Allowance) is considered as a part of employee’s salary package. LTA is exempted from tax and can be claimed only for domestic travel but not international. To claim LTA, the mode of transport should be either public transport or railways or air travel within the country. LTA is not included in the monthly salary but it is included in the salary structure. 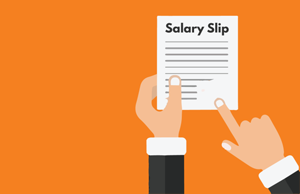 ITA calculation in salary is the total amount claimed by the employee to cover his/her travel expenses while on leave. LTA can only be claimed once per two years or twice over a span of four years and LTA only cover fares for travel like ticket fare but not accommodation or other expenses. Income tax Act of 1961 section 10(5) clearly states that LTA is tax-free but there are some rules for tax exemption. In order to claim LTA, the employee has to submit travel bills like an invoice, tickets etc. LTA can be added to the salary structure by the employer on the basis of position, pay scale and title and it varies from employee to employee. LTA bills are produced to save income which is taxable. LTA form and travel bills are necessary components to claim LTA and it should be claimed before the employer release the tax liability final calculation.

There is a rule stating that the tax exemption of LTA is only available to two children who are born after 1st Oct 1998 and for more than 2 children of the individual is not applicable. LTC or LTA can be claimed during the blocks of 4 years which are designed by IT department and current LTA block is 2018-2021.

0 Comments on What is LTA in salary?