IDA from April 2016 revised according to the release of AICPI (All India Consumer Price Index) for 1997 & 2007 scales and is varied for every quarter. Industrial Dearness Allowance or IDA is the allowance granted to the public sector employees, industrial workers for their living adjustments. The government has granted IDA for the employees in order to let them cope with inflation. Frequent revision of IDA on a quarterly basis is made by taking the average of past 3 months AICPI. Ministry of Labour is trying to design new CPI-IW (Consumer Price Index for Industrial Workers) to help them in a efficient way. 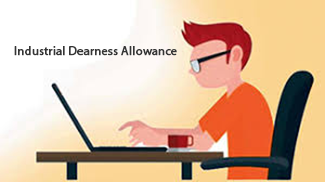 Expected IDA from January 2016 will be drastically changed because of more variation in the AICP Index for past 3 months. AICPI for the months September, October & November are 266, 269 & 270 respectively. By using IDA calculation formula by taking an average of AICPI as a component, it is notified that there will be an increase of 4.5% and the expected IDA will be 112.4% w.e.f 1st January 2016. For the next quarter, this IDA remains unchanged and for the following 2 quarters, IDA is 114.8% w.e.f 1st July 2016 and 120.3% w.e.f. 1st Oct 2016. The current year Ida rates are as follows