What is Final settlement letter?

Final settlement letter is the letter issued to an employee when he/she quits an organization. It includes the amount of money an employee receives after all the deductions after leaving the company. In some situations, the employee has to pay the company in an order to get his/her relieving letter. Final settlements are easy and simple to do. The process handles all aspects of settlement like notice pay, recovery of pending dues, leave encashment, etc. to calculate the final settlement amount. Final settlement pay slips can be generated. You can also perform resettlement of a previously settled employee for any additional payouts. 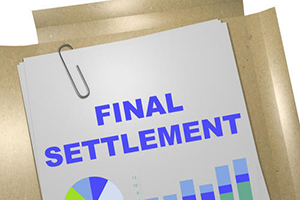 Full and Final settlement format should include all the major Components that are part of the Full & Final Settlements like Unpaid Salary, Non-Availed Leaves & Bonus, Gratuity, Deductions, and Pension. As per the rules, the Final settlement letter needs to be issued on an employee’s last working day in the company. However clearance usually takes time, it is a procedure to do so within 30-45 days after last working day of the employee. The letter must include the amount which is to be given to the employee and, other than that it should be attached with all the important details about the employee’s working area so that the concerned employee does not have any problem to understand. The final settlement worksheet should be attached along with the letter. Generally, this worksheet is the payment of working during the notice period in an organization. The letter must give an employment detail of the concerned organization. Many samples of Full and final settlement letter format can be downloaded. 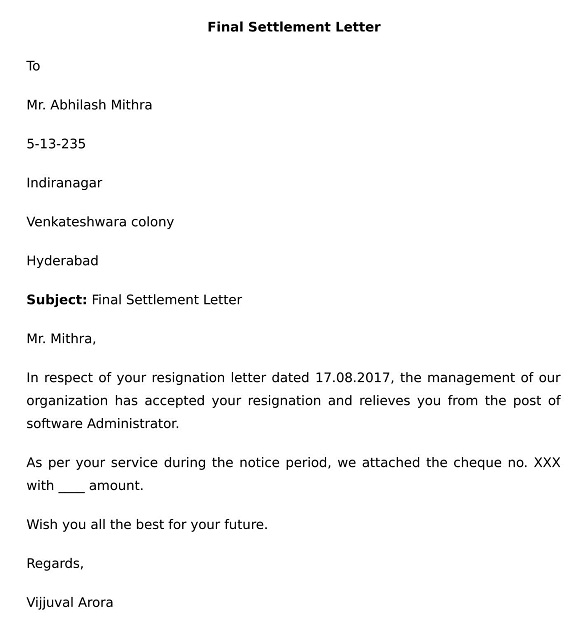 1 Comments on What is Final settlement letter?