What is EPFO circular?

EPFO circulars is a documented form issued by the EPFO ( Employee’s Provident Fund Organization) that comprises of notices regarding basic salary, pension increment, revision of pension, and pf due dates etc. EPFO ensures compulsory PF scheme, Insurance scheme, and pension scheme for all the employees working in an organized unit, under 1952 Employee’s Provident Funds & Miscellaneous Provisions (EPF&MP) Act. This Act came into effect from 4th March 1952 stating that an employee is eligible to EPF ( Employee Provident Fund) scheme from his/her joining date in the organization. Schemes that are included in EPF&MP Act 1952 are 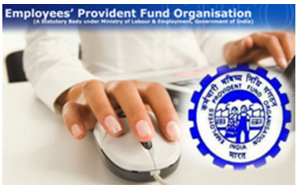 EPF pension increase in 2017 has taken a great turn. The government has announced a large scale increment in pension for eligible pensioners under EPS-95 (Employees Pension scheme – 1995). The announcement is that every person under the EPS-95 scheme should be granted a minimum of 6500+DA per month and on average, a person gets a maximum of 3000 elevated from a minimum of 1000 due to no ceiling. Supreme court has passed on 4th Oct 2106 regarding the hike in EPS and no wage ceiling has been made so that an employee can make higher contributions towards Pension scheme so that he/ hen can receive a higher pension after retirement.

EPFO notification 2017 has been issued by the organization to notify that there is a decrement in PF administrative charges. According to the EPFO circulars and orders in 2017, there is a decrease in PF admin charges to 0.65% from 0.85% with effect from 1st April 2017. It is a known fact that employer contributes 12% to EPFO out of which 8.67% goes towards EPS and remaining 3.67% along with 12% of employee contribution goes to EPF.

Recent EPFO circular on basic salary states that an employee can contribute more than 12% of their basic salary so that they can receive higher benefits. It means the Supreme court has removed the ceiling mark.

0 Comments on What is EPFO circular?