What is DA in salary?

Dearness Allowance meaning is what many individuals either as a HR or as an employee always wants to know. The Dearness Allowance (DA) is that component of the salary that is described as the cost of living adjustment allowance. The DA is basically given by the government to the public sector employees as well as pensioners. The reason for including the DA as a salary component is to adjust towards the changes in inflation; hence it is updated every quarter in a year to compensate for changes in inflation. 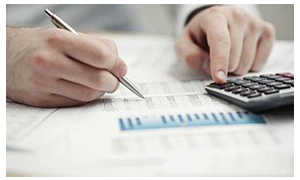 The DA is a fully taxable component and is calculated as a percentage of ‘Basic Pay + Grade Pay’ of an employee’s/pensioner’s salary. The guidelines for the DA vary according to the resident living either in urban or rural areas. The DA is a variable amount and changes every quarter to off-set the inflation rates.

What is Dearness Allowance (DA)

What is Dearness Allowance (DA) being answered, its of equal importance to have an idea of how to calculate the DA component of your salary whether as government employee or corporate employee. The DA in India is calculated by the following formula:

The DA can be more than the Basic Pay of an individual’s salary. The DA for pensioners is at 7% according to the latest 7th pay commission recommendations. Both the pensioners and their families are granted DA even on re-employment with the government or PSU sector.

The Dearness Relief (DR) for pensioners is normally announced in the months of January and September every year. DA is as discussed above calculated only on part of the basic salary and is then summed up to the basic salary together with the other components like HRA to make the total salary to be paid to the employee.

0 Comments on What is DA in salary?