WHAT IS DA CALCULATION FORMULA?

Dearness Allowance is awarded to the employee against the price riseto mitigate the impact of inflation in the country .Rules is that Employee cannot claim for the full rental amount he’s paying. The exemption is based on the least of the actual amount allotted by the employer as the HRA and Actual rent paid less 10% of the basic salary. 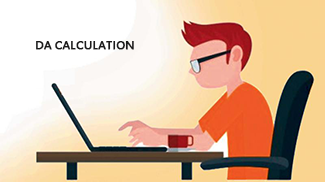 As per 7th pay commission the new formula to calculate dearness allowance.

The dearness allowance was introduced as a component by the government. After 2006, the formula for calculating the cost of living allowance has been modified is calculated as indicated below for all the following employees:

For employees of the central government:

For employees of the central public sector after 1/1/2007:

Where, AICPI represents the consumer price index of all of India.

As of January 1, 1996, the allocation of costs is included to compensate for price increases or inflation in a specific year. As a result, it is reviewed twice a year, that is, once on January 1 and then on July 1.

0 Comments on WHAT IS DA CALCULATION FORMULA?