What is a restricted holiday? 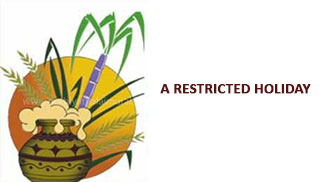 Restricted holidays in 2017 are declared in a list by the central government of India and some of the holidays in the list are as follows.

What is restricted holiday is explained as an optional holiday declared by the Indian Government in order to accommodate the religious benefits of the employees so that the employee may take leave on that particular day. Restricted holidays are not applied to government offices or companies but only to employees with respect to their religious festivals.

0 Comments on What is a restricted holiday?