According to the UAE general industry compensation survey, UAE employees are expecting to get rise by 4.6% in 2017. Experts predict that organizations are focusing more to reward workers that plays key role in an organization success. Moreover compensation remains the top-most factor that drives employee performance. 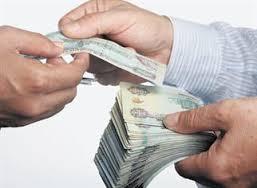 The report mentioned that salary growth can be more for certain skilled jobs with a smaller talent pool such as digital professionals. Salary for many employees would be unchanged in 2016 due to the decline in oil prices followed by uncertainty over the employment market. Many job cuts have been observed across sectors including oil and gas and banking. According to the Willis Towers Watson's General Industry Compensation Survey Report salary hike expected to be 4.6 per cent in Bahrain, 5.6 percent in Lebanon, followed by Saudi Arabia and Kuwait (5 per cent) and Qatar (4.8 per cent).