A recent survey conducted by LinkedIn in the UAE found that nearly 86 percent of the job seekers are on job hunt and most of them are turned off by the way employers conducting the recruitment process. Most of the jobseekers were not yet contacted by the recruiters, while the majority (94 per cent) prefers to get some feedback from a potential employer, only 41 per cent experienced a follow-up from companies they have interviewed with. More than 50% jobseekers looking for career guidence in job search. 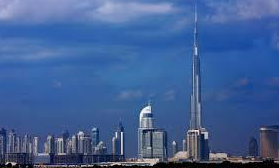 Experts felt that treating the job seekers with respect is the main criteria and 88 percent of the respondents who previously were not interested in the company would change their minds because of a positive interview experience. Nearly 77 per cent candidates prefer to receive interview results over the phone, while 65 per cent would rather receive bad news via email. It is also found that most of the job applicants were not at all interested to contact them during the working hours or on weekends.