This year, hiring activities saw 65 percent downfall in the last fiscal 2016-17, due to increasing automation and thrust on artificial intelligence in its operations and projects. 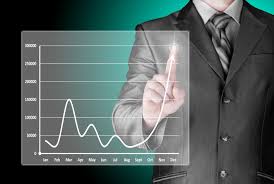 According to Wisdom Jobs data, Tier I cities like Delhi/NCR, Mumbai, Kolkata, Chennai, Hyderabad and Bangalore saw 30% growth in updating profiles for mid-level and senior level employees. Especially Bangalore saw 15% growth in updating profile for mid-level employees. On average there was 15% mid level and senior level employees across Tier I cities registered with Wisdom Jobs to survive from layoffs. Since last week, Tier II cities like Gurgaon, Surat, Pune, Bhubaneshwar, Chandigarh and Lucknow witnessed minimal 20% increase in updating profiles for mid-level and senior level employees. Meanwhile, only 5% mid level and senior level professionals registered with Wisdom Jobs for better job opportunities. It was reported that, Tier III cities like Allahabad, Udaipur, Agra, Ajmer, Meerut, Kanpur and Kota saw consistent registrations for mid-level professionals and there was only 10% mid-level and senior level professionals updated their profiles on Wisdom Jobs. Interesting fact is that there was a 10% decline in new registrations of senior level employees in Tier III cities. Layoffs in the information technology (IT) and business process outsourcing (BPO) sectors is expected to continue this year with the pace of job creation slowing down. Several people employed in IT and related sectors in Gurgaon have already started looking for options in other sectors, including pharmaceutical and Smartphone manufacturing. However, media reports predict that job cuts will be more Tier II and Tier III in cities like Coimbatore or a few remote places for the employees earning 20 lakh and above. Both Indian and foreign-based IT companies have slashed their workforces in Chennai, Bangalore, Hyderabad, and New Delhi. The mass layoffs have been most widespread in the southern city of Bangalore, the so-called Silicon Valley of India also. IT employees in Pune have applied to a Smartphone manufacturing facility in Bangalore as there is more stability in that sector. Those layoffs have been implemented for under-performance, a term that companies frequently use to cover up its cost-cutting to boost profits. Some IT companies in Bangalore have offered a voluntary separation package to the top level senior executives like its directors, associate VPs and senior VPs, to adopt strategies of automation and digital technology.

As Many Indian IT companies have been started adopting newer technologies such as cloud computing, they are fast moving from a people-led model, which requires less human interaction. As well as many IT companies have adopted the automation tools to replace the routine, repeatable tasks that were performed by an army of engineers earlier. While increasing automation may killed many section of the jobs, but new aged functional areas like Cyber security, Internet of Things (IoT), robotics, artificial intelligence, machine learning etc are creating new job opportunities. It is the time to reskill or perish skills in the new domain areas to be relevant and employable to the industry requirement.