This is how new age jobseekers make career decisions

Recent study found that new age job seekers make career decisions based on the company reviews, celebrity CEOs and social networking sites. A tradition job seeker influenced by the facts such as location, salary, brand name and job profile but today's jobseeker get influenced by company reviews, the CEO's celebrity status and the social footprints of the company. More than half of the surveyed candidates believe that peer reviews on company-rating websites matter the most while taking up a job and nearly 24 percent of the jobseekers feel company rating websites are also the best source to know about a company. The survey also mentioned that, nearly 35 per cent look for the celebrity status of the company's CEO to make the final call of taking up the job with them. About 17 per cent are highly influenced by the social footprints of the company. 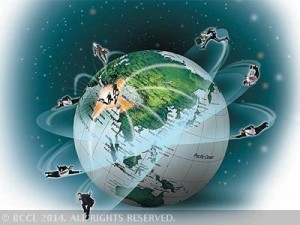 A traditional jobseeker believes that, location is the most significant factor with 37 per cent votes. Nearly 25 per cent consider pay package as the decisive factor while brand name matters for 20 per cent job seekers. Among them 17 percent accept the job offer if they completely satisfy with the job profile. The other interesting fact is that nearly 69 percent of employees of in the IT, ITeS and healthcare sector value peer reviews. The other facts include that nearly 60 per cent junior-level employees consider peer reviews, 26 per cent consider social footprint and 14 per cent value CEO's celebrity status. Over 60 percent of employees consider peer reviews in midsized originations and more than half of the large size originations consider value the CEO. Nearly 36 per cent candidates consider information on work culture, including the timings, flexibility options (if any) are the most important parameter of a company review catalogue. The other facts considered were benchmark salary and interview questions.