This is how GCC region companies are promoting gender diversity: Survey

Gender diversity is gaining momentum in the corporate world as the companies across the GCC region are increasingly recognize the potential of women leaders to enhance organizational effectiveness. Recent survey by McKinsey research at the region's evolving social attitudes toward women in leadership and the significant challenges that remain underscore how corporate and government action could help create environments where women leaders more fully contribute their knowledge, skills, and expertise. Nearly two third of the respondents indicated that the topic of women in leadership was on their organizations strategic agenda. Over 42 percent of respondents said that the issue had appeared on their agendas over the past ten years. 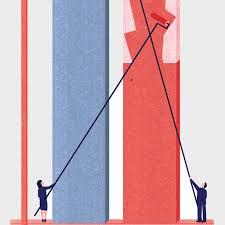 More than 85 percent of respondents from Saudi Arabia said that the topic was on the corporate agenda. About 60 percent said that having more women in leadership positions was a very important driver of organizational effectiveness, and an additional 23 percent said it was somewhat important. Companies benefit from the gender diversity is a more balanced mix of leadership strengths. Meanwhile, women in the GCC region scored more than men on three of the four kinds of behavior like inspiration, people development, participatory decision making, role modeling, intellectual stimulation, expectation and rewards, individual decision making, control and corrective action and efficient communication. Companies (in the GCC and elsewhere) also benefit from increased gender diversity through the mix of ideas that women bring to discussions. In addition to the current benefits of having more women leaders, the potential impact of involving more women in developing products and services for which women are the key demographic. Access to networking environments is also a problem in GCC region, for cultural and social norms in GCC states make it hard for men and women to socialize outside of professional environments. The shortage of pro-family policies and of infrastructure plays a role in the region.

0 Comments on This is how GCC region companies are promoting gender diversity: Survey