The facts behind common myths related to freelancing jobs

MYTH 1: No job security There is no job that's secure these days,especially during this current economic climate. So, if you're thinking that your full-time job is safer thanfreelancing,you're in all probability mistaken. In fact, it's been seen that downturns have had very little or no result on freelancers' prospects. 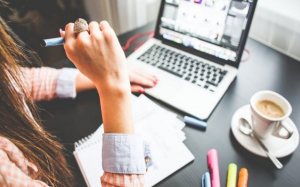 MYTH 2: Not enough pay to create a living While there's no pay cheque at the end of each month when you're freelancing, you get to decide how many hours you want to put in, based on the kind of income you're comfortable with. Freelancing allows you to decide the speed at which you want to work, and how much you want to?charge for your work.

MYTH 3: Finding a client/work is nerve-wracking Apparently, most of the folks believe that you would need a powerful network to introduce you to prospective clients when you're freelancing. But, the reality is there is such a vast platform for freelancers on the Internet that finding work is not as hard as it is made out to be.

MYTH 4: You're the boss Yes, you're not operating for anyone else once you're freelancing. However, this doesn't imply that you will just do what you would like. The fact is that a freelancer is answerable to the customer as a worker to deliver quality work as per terms agreed.

MYTH 5:It isn't real work What you are doing as a freelancer may be simply a hobby for you or a way to further financial gain. However in no manner is it any less serious than what you are doing in a veryfull-time job.It's necessary to grasp the necessities of the purchasers, adhere to their guidelines and deliver the work as per their expectations.