Survey reveals firms in GCC region expect to have job cuts: Here's why

Recent study report mentioned that companies in the Gulf Cooperation Council (GCC) region are making some job cuts. The report stated that Saudi Arabia tops the list of job cuts as 14 percent employers to trim their workforce, where as Oman is second in list with 10 percent, followed by the UAE (9 per cent) and Qatar (8 per cent). The report stated that firms across energy and construction sectors have been reducing headcount, hence there will be a marked slowdown in recruitment activity. As per the report employers in the UAE are more cautious in adding to their payroll, recruitment activity is now focused on replacement hiring only. 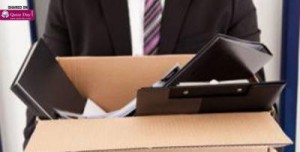 However the government using their reserves to maintain critical investments, GCC states expected to have stable currencies and register a positive economic growth in 2016. Certain sectors like retail limited impact, other industries are also offering few job opportunities to the potential job candidates. Nearly 70 percent of companies in medical industry have reported an increase in their headcount during the year 2015. The first quarter of the year saw hundreds of payroll reductions in construction sector. There have been hundreds of job cuts across Abu Dhabi and Dubai across developers and consultancies. Firms in the construction sector have become cautious to hire talent especially UAE nationals. However, there are still employment opportunities are created across construction and manufacturing. Experts believe that the situation is stable in the UAE than any other oil-dependent economies. It is also expected that there will be a slower pace in salary hikes, overall wages are forecast to increase by 5.2 per cent, down from 5.7 per cent in the previous year. Salary hike forecast will in Saudi Arabia, salaries could go up by 5.9 per cent followed by, UAE (5.3 per cent), Qatar (4.7 per cent), Kuwait (4.6 per cent), Oman (4.6 per cent) and Bahrain (3.7 per cent) respectively.

0 Comments on Survey reveals firms in GCC region expect to have job cuts: Here's why