According to a recent study conducted by wisdomjobs.com about millennial's priority in choosing future work places found some interesting facts. Over 80% of surveyed candidates believe that they want to work for an organization with a powerful social media presence. However, only 25% valued a job that makes difference in their career. Nearly 55% of Indian professionals mentioned that job security is most important fact while choosing a job. Besides, 59% do not expect traditional employment to be around in the future. Meanwhile, 45% respondents wanted to ideally work for themselves and more than 80% of candidates wanted to re-skill themselves to match with the changing trends of the market and organizational needs. It was also found that companies with social media accounts want to engage in conversation. Only 15% of employees saw their employer as their ideal employer who provides long term job security and career growth options with stressful working conditions. 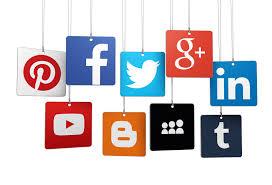 - Nearly 55% employees choose their ideal employer who have a powerful social and environmental conscience, and whose values closely match those of their employees. Over 35% employees choose their ideal employer who fragments into looser networks, brought together by technology, with social media heightening the connectivity. More than one third of surveyed employers said they liked it when a candidate interacted with one of their social media accounts.

- However, 43 percent of employers use social networking sites to research job candidates and it is helpful to build a positive, professional online presence to help you stand apart. A recent study report mentioned that One third (33 percent) of employers who research candidates on social networking sites say they've found content that made them more likely to hire a candidate. What's more, nearly a quarter (23 percent) found content that directly led to them hiring the candidate.