Online hiring activities saw 10 percent growth in the month of April 2017 showed recovery signs according to the latest hiring trends report. Y-O-Y growth reports saw surge in online recruitment activities across sectors like Banking/ Financial Services, Insurance (BFSI) sector, where the growth rate was improved from 24 percent to 31 percent as compared to previous year. The telecom sector saw 40 percent year on year growth as well as there is a considerable growth in demand for the business development and sales professionals. Demand increased from 9 percent to 19 percent in March 2017 to April 2017. 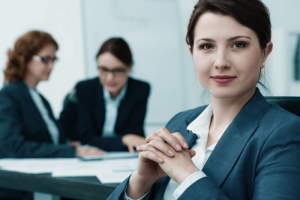 Location wise data shows that Kolkata tops the list (up 28 per cent) followed by Baroda (up 27 per cent) recorded the sharp annual growth in April 2017. Meanwhile Mumbai saw steady growth with 6 percent as well as the annual growth trend in Delhi-NCR eased to 4 percent followed by Bangalore at one percent. Hiring activity saw steady jump in BFSI, BPO, Auto and Construction sectors during April 17 as compared to April 16. Construction and engineering job candidates saw massive growth in job creation in March 2016 as the same trend continued in April 2017 also. IT hardware/Telecom and Fashion/Merchandising jobs saw a dip of 18% and 36% in April 17 as compared to April 17. Senior management hiring saw considerable growth as compared to March 17 in April 17. Entry level and junior level hiring also witnessed growth across sectors. Hiring experts believe that Demonetization has had its fair share of detractors, this followed by the global slowdown amalgamated with automation, is leading to demand for a workforce with different skill set than what was there 5-10 years ago. Organizations however are a bit cautious and gauging the effects of these macro-economic shifts.