According to the latest study by wisdomjobs.com mentioned that job application fraud at five years was high. The survey stated that job application-related frauds rose to 11% in 2014 and 12% in 2015 from 9% in 2011, 2012 and 2013.However, 12% companies reported some kind of forgery like employment, address, education or some other personal credentials in 2015. Jobseekers are making frauds to get selected for the jobs, while telecom sector reported maximum frauds as compared to other sectors. Meanwhile sectors such as IT and banking, financial services and insurance (BFSI) and Telecom sectors conduct background checks and screening to avoid any damage to their brand image and that of their clients. Sector wise analysis found that over 39.5% of the total frauds detected by the company were in the BFSI sector, followed by 24.2% in IT and 16.5% in telecoms. 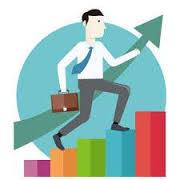