Prevention of AIDS: An Analytical Approach

"AIDS is a global problem and there should be a global solution found by the entire international community. It is really scary to see and imagine our world fall into pieces because we refuse to share and put in the common vestiges of our civilizations"- Sarah Polley 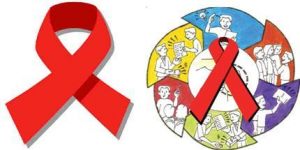 AIDS (Acquired immune deficiency syndrome) is a medical condition, where the persons immune system will be too weak, to fight against the infections. AIDS was first identified in early 80's as a disease, which makes the human body, get easily affected with diseases. They didn't even know whether it was transmitted disease or an affected disease. There were no proofs of how this AIDS was caused in the early years, but later after some years, they identified that main cause for this aids was HIV. This AIDS is an acute problem all over the world and there is no cure or a vaccine for this AIDS. It is seen that the disease has been continuously spreading and people of almost all the age groups are seen affected with this AIDS. It was first originated in west-central Africa in the 20th century and in India, it was first found in sex workers of Tamilnadu. A recent survey says that around 34 million people, reported to have been the victims of AIDS until now. The center for disease control and prevention (CDCP) was the first to recognize the causes of AIDS.

Some important facts about AIDS: It's been proved that AIDS is the sixth most important cause of death amongst people who are aged between 25 and 44 across the World, since 1995.

*It was noted in the year 2008 that there were about 33.4 million people around the globe living with HIV/AIDS, counting 2.1 million children below age 15.

2. What are the stages of HIV infection?

Acute infection: Initial stage is called as acute HIV, primary HIV or retroviral syndrome. People at the initial stages of this infection will have influenza like illness and others may not show any symptoms. The symptoms of aids may include fever, large tender lymph nodes, throat infection, rashes, headache and sores of the mouth and genitals. These symptoms may be seen in 40 to 90% of the cases. Other symptoms of this acute HIV may include nausea, vomiting, diarrhea and neurological problems. Duration of all the symptoms may vary from person to person but it is usually 1 or 2 weeks.

Clinical latency: HIV enters in to a stage known as clinical latency or asymptotic HIV or chronic HIV. This is the second stage where the HIV infection can last for 3 to 20 years (average is 8 years) without treatment. Symptoms of this stage can be fever, weight loss, gastrointestinal problems and muscle pains. These symptoms can be seen in 50 to 70% of cases.

AIDS: This is the third and final stage of HIV infection, which can be defined as CD4+ T cell number below 200 cells. Decrease in the cell count may depend on the occurrence of specific diseases that are associated with HIV infection. 50% of the people who have HIV infection will develop AIDS, if it is not treated for more than 10 years. Common symptoms in the initial condition of AIDS may be pneumonia, HIV wasting syndrome and esophageal candidiasis. Other symptoms may include chronic respiratory tract infections and the infections occurring in the body may also depend on what organisms are common in the persons environment. People having AIDS may have huge risk of developing viral cancers like Kaposis sarcoma, Burkitt's lymphoma, primary central nervous system lymphoma, and cervical cancer. Some individuals may have some additional symptoms like prolonged fever, sweat, swollen lymph nodes, weakness and weight loss. Almost 90% of the people with AIDS have a common symptom called diarrhea.

3. What are the causes of AIDS and how it is transmitted? 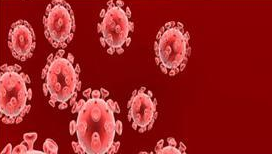 It is caused due to HIV (Human Immunodeficiency Virus). HIV is a virus which attacks cells in the human body and gradually damages the cells called white blood cells that help to fight against different viruses that enter human body. This in turn will make body more susceptible to infections and the body will become so weak that it cannot defend itself from the infections. Person affected with HIV virus will ultimately lead to development of AIDS. There are many reasons for the cause of AIDS. AIDS can be transmitted through sexual interaction through contaminated blood transfusions, plunger needles and from mother to child during pregnancy, delivery and breast feeding. This can affect any age groups starting from infants, teenagers, adults to aged people. Many of them do not have a clear idea about, how this AIDS is spread and they try to avoid people who have HIV/AIDS. Some don't even touch and talk to people who have AIDS because they think that they may also, get that infection if they touch people who have AIDS. It is very important to know that how AIDS spreads and how it does not. It's been discussed about the causes and how HIV/AIDS is transmitted.

4. How AIDS is not transmitted?

Now here we will know how HIV is not spread. 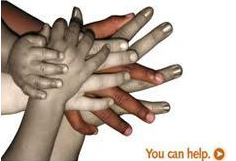 1.HIV will not spread through casual conversation and through touching and hugging.

2.It is not transmitted through mosquitoes

3.Not through participating in sports

4.And it is not spread by touching the items which was previously touched by a person who has HIV infection.

5. What are the symptoms of AIDS?

Symptoms of AIDS: People who are infected with HIV will carry the virus for many years without showing any symptoms of it. Later after some time HIV levels will increase in the blood by decreasing the count of CD4+T cells (white blood cells) in the blood. People who have are not victims of this HIV and are healthy, will normally have the cell count between 800 and 1,200 CD4+ T cells per cubic millimeter (mm3) of blood. But people who are diagnosed with AIDS will have less than 50 CD4+T cells in their body. AIDS is the result of HIV infection but people with HIV+ do not necessarily have AIDS. HIV+ if identified in the initial stages can be cured. It is also noticed that people who are HIV+ look healthy without any problems related to AIDS.

Some of the regular symptoms in the initial stages are:

4.Enlarged lymph nodes in the neck and groin area All the aids symptoms will disappear within a week or month and then they may cause flu. People with HIV in this stage will be highly infectious because HIV will be present in huge quantities in blood and genital fluids.

Symptoms in the later stages may include:

4.Extended bulge of the lymph glands in the armpits, groin or neck

6.Sores of mouth, anus or genitals

6. How to diagnose and what is treatment for AIDS?

Diagnosis for AIDS: HIV/AIDS can be diagnosed by testing in the laboratory and can be judged based on the occurrence of certain signs and symptoms. HIV testing is most recommended as it is difficult to identify whether a person is HIV+ or not, because all are regular symptoms and some people who are healthy may not show any symptoms of being HIV+. Diagnosing this HIV in the initial stages may be a bit difficult and many of them recognize this virus in the later stages.

Treatment: There is no cure for AIDS and no vaccine has been invented to prevent this AIDS. Researchers say that treatment is available for people who show symptoms of HIV, which will keep symptoms a bay and improve the quality of life. Antiretroviral therapy is used to suppress the replication of HIV virus in the body. Using a combination of various antiretroviral drugs called highly active antiretroviral therapy (HAART) is very effective in dropping the number of HIV particles in the blood stream. This measures the viral load like how much virus is present in the blood and prevents virus from replicating. This therapy is proved as a HIV cure since 12 years but it cannot be used to cure AIDS as AIDS is the advanced stage of HIV. HIV may become resistant to HAART in patients who do not take the prescribed medicines as advised daily. Genetic tests are available to find out whether an HIV strain is opposed to a particular drug. Test reports may be useful in finding the best drug combination for each individual, and adjust the drug regime if it starts to fail. These tests should be performed any time, a treatment strategy begins to fail, and before starting therapy.

7. What are the preventive measures of AIDS?

Prevention of AIDS: There are three different means where HIV/AIDS can be transmitted, and those have already been mentioned like through sexual intercourse, through already used injections, transmission of AIDS from mother to child. So, if care taken in preventing transmission of AIDS through these ways, it will become very easy to avoid AIDS. Lets take a look in to preventive measures which has to be followed in each case:

Prevention of transmission of HIV infection from mother to child:

Here are some measures to be taken for preventing MTCT:

Evading unnecessary pregnancies amongst HIV+ women: Giving suitable counseling and support to women who have HIV so as to enable them in making knowledgeable decisions regarding their reproductive lives.

Educating mothers who are HIV+:in not feeding their babies.

Additional HIV care:treatment and providing counseling assistance for women who are found to be HIV+ and to their families.

Here are some recommendations to prevent:

3.By testing all the donated blood samples

6.By adapting quality systems check throughout the blood transfusion process.

8. What are the initiatives taken by Indian government?

Our Indian government has taken many initiatives to control AIDS and some of them are:

The National AIDS Control Program and the premiere AIDS agency is the National AIDS Control Organization or NACO. This organization aims to create an India where every person having HIV will be treated with self-respect and will have right to quality care. Government runs a state AIDS control society in all the states and these State societies are a part of NACO. Apart from government bodies at the Central and the State level, many voluntary and private NGOs are concerned in conveying information about the spread of HIV/AIDS, its prevention and possible cure. Many global NGOs and organizations run by the United Nations have also taken initiative to spread information about AIDS.

Some of these international NGOs are:

Apart from all these, government and the private organizations have to take more initiatives in campaigning more and more about this prevention and about the safety measures. We have many voluntary organizations that are seriously in to this work. Many awareness programs should be conducted in the rural areas as they may not be aware of this transmission of AIDS. HIV test should be done for free in the rural areas so that it will be easy to avoid the advancement of AIDS. December 1st has been announced as the world's AIDS day so as to help the HIV/AIDS victims in living a better life. Many special campaigns should be done to educate people, who are suffering with AIDS, especially in rural areas, to not to get depressed and use proper medications to improve their life span.

0 Comments on Prevention of AIDS: An Analytical Approach