According to a recent study, New Year may remain challenging for job seekers. The election of Donald trump and government's notes ban impact will be more on certain sectors in the New Year 2017. Hiring trends expected to see downfall and pay hikes on wait and watch mode, say experts. 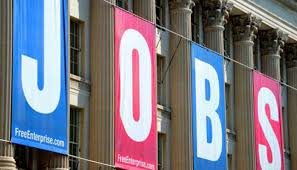 - While Month on Month analysis witnessed lower growth in hiring activities as compared to 2015 &2016.The study also mentioned that actual salary increase will be lower than estimated salary hikes of 2017. Original salary hike figures lower than the projected figures of 20% on the higher side, and above 10% on average. Most trending factors like demonetisation and Donald Trumph election will have impact on some key sectors like IT, Infra, Retail, Engineeringand Real estate in the New Year. Experts believe that consumer based sectors like ecommerce, FMCG/CD and retail has saw boom in 2016. But demonetization has had considerable impact on growth and hiring activities.

- Hiring outlook saw downfall trend afterdemonetisationand sectors such as real estate, construction, infrastructure and high-end automobiles will have impact in long run. On the flipside, sectors such as Fintech and digital payment sectors saw positive impact with demonetization and expected to see more formal jobs in 2017. It was also observed that only 31% companies are positive about their hiring outlook in the next 12 months and employees are expected to see a single digit salary increase for the first time since 2011. The study also mentioned that projected salary hike in 2016 was 10.6% but in reality it was hiked by 10% only, if that was continued in 2017, Indian employees could see a single digit salary in 2017 for the first time since 2011. According to the recent study many firms have had no salary hikes before demonetization itself. So, there might be uncertaininity in salary hikes for the year 2017. Many companies are giving hikes across professionals and hike increment is not attractive.