Today, not only the number of employers rises on social media to check up on candidates, but the number has increased 500 percent over the last decade said recent survey conducted by wisdomjobs.com. According to the survey more than half of the hiring managers use social media to research candidates compared to 50 percent last year. Following someone's Facebook page or Twitter comments reveals information on candidates through social profiles, professionalism and relevance on the part of hiring managers and recruiters is key. While 48 percent of hiring managers who shortlisted candidates through social networks said they were rejected candidates based on the posted information on social media. Here are some facts that turnoff the recruiters including 47 percent mentioned provocative or inappropriate photographs, videos or information and 44 percent quoted information about candidate drinking or using drugs may turned them off. While 34 percent mentioned that discriminatory comments related to race, religion, gender etc turn them off. 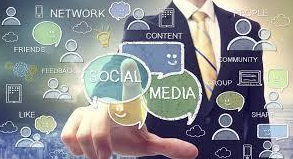 Over 32 percent mentioned that candidate bad-mouthed previous company or fellow employee leads to rejection of job candidate and 30 percent of candidates mentioned poor communication skills also plays key role in rejecting a candidate. Interesting fact is that majority of hiring managers not looking for negatives in a candidate but over 22 percent of hiring managers looking for reasons not to hire candidates, said a survey. Recruiters across sales and IT functional areas use social networks to screen candidates, at 76 percent and 65 percent respectively. Over 25 percent look for good business email etiquettes. It's true that employers use social media to search for a reason to reject a candidate as the majority of hiring managers using it as a source to know more details of a person to bring them onboard. It may help them to get to know about other activities of the candidates which were not mentioned in their resume. Nowadays, employers are looking for candidate's networking profiles and expecting to have online presence. Hence, more than 2 in 5 employers not interested to interview candidates if they are unable to find information about the person online. Among them, 6 in 10 employers are looking for social networks to find information that support their professional qualifications and job email services, as per the survey.

What do employers want to see?

More than half of the hiring managers look for professional online persona and remaining 30 percent of hiring managers want to see what other people are posting about the candidate. The other facts employers want to see about candidates include candidate's background information supported job qualifications with 45 percent, candidate's site conveyed a professional image with 45 percent, candidate's personality came across as a good fit with company culture with 44 percent, candidate was well-rounded, showed a wide range of interests with 40 percent and candidate's communication skills with 37 percent, according to the survey. When a job candidate turns as employee then employers then they use social networking sites to research current employees. Over 33 percent employers use search engines to find about current employees and about one third of employers mentioned that they have found content online that has caused to fire an employee. Hence, the information found via social networking sites can be relevant but if you find any negative information then it may not be full story. Consider yourself as how essential is this information to the role you are considering for.