President Obama said In this country, a hard day's work deserves a fair day's pay, A recent rule issued by the president Obama to make changes in overtime pay. According to the new plan employees who make less than $50,000, but working more than 40 hours, are not eligible for overtime pay. Department of Labor stated that nearly 5 million white collar workers earning on average $50,400 annually will be guaranteed time-and-a-half pay when working more than 40 hours in any given week. As per the new plan, an employee who is working more than 40 hours a week with a maximum of $455 a week are automatically eligible for the overtime pay. The new law also mentioned that managers and professionals with high pay are excluded from taking overtime. In case of they have the supervision of other employees as their main responsibility. Hourly workers were entitled to overtime pay versus those who were exempted from the overtime rules because they receive a high enough salary and the nature of their work is essentially managerial. Obama was expanded the old rules implemented by former US President George W. Bush. 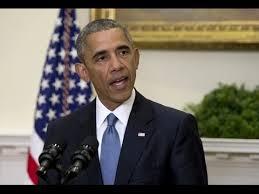 He also estimated that nearly 5 million Americans would affect with this new rule. According to the National Retail Federation (NRF) statement The proposal threatens to reverse progress seen since a 2004 update that eliminated vague and outdated language and ended an outbreak of lawsuits over disputed overtime that began in the late 1990s. The retail industry is concerned because the expected change in wage levels could bring many store managers or assistant managers under overtime rules, taking away their ability to use their own discretion in deciding whether to put in the extra hours sometimes needed to do their jobs. It was also mentioned that there would limit growth opportunities for employees including payroll rise for managers. If the state of employee already implemented the overtime pay then the employee is eligible to overtime pay according to both the state and federal overtime laws that will provide higher overtime pay.